Today I offer my second and final group of horror film recommendations for 2022. As before, these were chosen for their Gothic themes and content, and I am very pleased with the variety of characters and conflicts you will encounter . . . if you dare to watch them! The films are presented in the order that I watched them, and I’ll say upfront that I will probably watch each of them again. 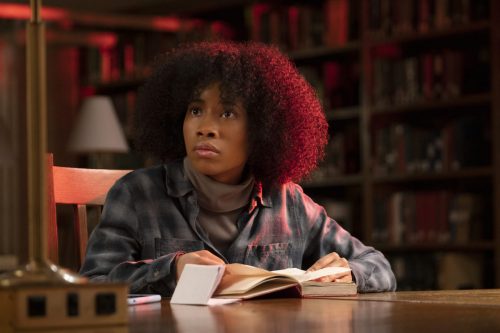 Master (2022), Unrated
Three women strive to find their place at an elite Northeastern university. When anonymous racist attacks target a Black freshman, who insists she is being haunted by ghosts, each woman must determine where the real menace lies.
The leads in this film are strong and complicated, and they had every ounce of my sympathy as they faced menacing forces both ordinary and supernatural. That said, I also must admit that the central mystery–the “reveal” as it were–was confusing and unsatisfying for me. Overall, there’s much more to praise than criticize in The Master. Writer/Director Mariama Diallo also has two horror shorts, and I look forward to her next feature film.
Watch the Trailer / Options for viewing / Metascore: 66 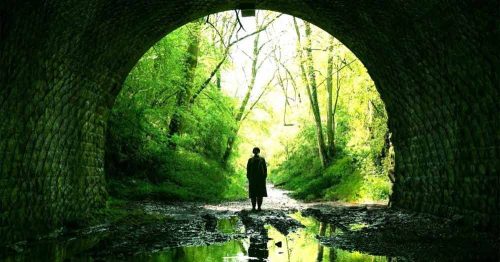 Men (2022), Rated R
A young woman goes on a solo vacation to the English countryside following the death of her ex-husband.
Don’t we all long for solitude in the English countryside? But these men, I tell you! They can’t leave a girl alone. And somehow they all have the same face… This latest offering from writer/director Alex Garland (Ex Machina, Annihilation) is wonderfully weird and deliberately slow in building the mystery. Jessie Buckley is perfect as our heroine, but I have a special fondness for Rory Kinnear, whom I’ve seen play everything from Hamlet to Frankenstein’s monster and even England’s Prime Minister (You’re groaning or perhaps even gagging if you know that last one!). Yes, I’m a fangirl for Kinnear.
Watch the Trailer / Options for viewing / Metascore: 65 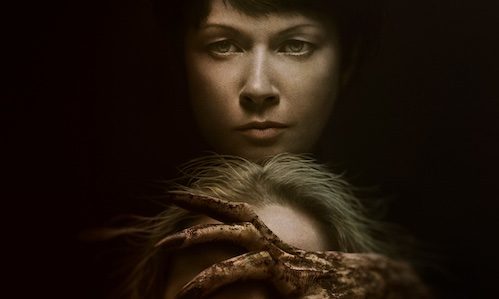 You Are Not My Mother (2021), Unrated
In a North Dublin housing estate Char’s mother goes missing. When she returns Char is determined to uncover the truth of her disappearance and unearth the dark secrets of her family.
Oh, this film! What a creepy little gem it is. In some ways, it reminded me of another Mother movie that I’ve mentioned on this blog, Relic. That film was about the horror of losing one’s mother to dementia. You Are Not My Mother is a bit more fantastical–though still very dark–and you could interpret it in various ways. Our heroine (played beautifully by Hazel Doupe) is young and vulnerable, but over the course of the film she finds the strength to confront her mother’s issues.
Watch the Trailer / Options for viewing / Metascore: 74

The Empty Man (2020), Rated R
On the trail of a missing girl, an ex-cop comes across a secretive group attempting to summon a terrifying supernatural entity.
There’s more than a hint of Gothic to this film, but I should confess it could just as easily be categorized as Noir, and it definitely has many characteristics of Cosmic Horror. I’d never heard of the film and never would have seen it if not for catching Chris Stuckmann’s passionate review. I think it’s nearly two and half hours long, but I was so captivated by the creepy concept and James Badge Dale’s performance that I watched it straight through. See the video that persuaded me to watch: Empty Man Deserves a Cult Following (warning for f-bombs). Also interesting is this mainstream review from RogertEbert.com.
Watch the Trailer / Options for viewing / IMDB Rating: 6.2

Thanks for dropping by! I hope you’ve found a couple of movies to watch. It really is a highlight of the season when I get a chance to watch and recommend some lesser known horror films. HAPPY HALLOWEEN!