This year I’m focusing my Spooky Film Recommendations on Gothic Horror. It’s my favorite category, and I consider myself a writer of Gothic fiction. Gothic is so central to my imagination that I wrote a rambling blog post explaining what it is and why I love it, so click that link if you need a refresh on the genre.

The films are presented in the order I viewed them. 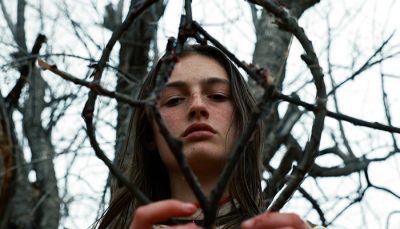 Hellbender (2021), Unrated
A lonely teen discovers her family’s ties to witchcraft.
This is the second film I’ve watched from the Adams/Poser clan, and I appreciate how both films focus on family and loss — a more intimate sort of horror. While The Deeper You Dig dealt with grief and retribution, this film is more about coming-of-age and the inevitable consequences of parental overprotection. It’s not a particularly unique story, but it develops in a fresh way. Mostly I’m just in awe of this family of indie filmmakers and the sophistication of their work.
Watch the Trailer / Options for viewing / Metascore: 70 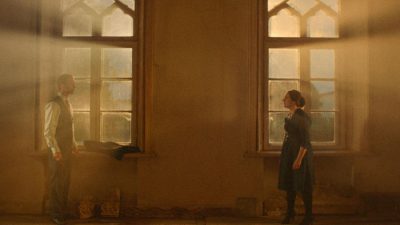 Dawn Breaks Behind the Eyes (2021), Unrated
A couple spend eternity in a castle until their reality starts to shift, as the unknown moves into their lives.
This German film begins as one thing and then pivots in a way that I found fascinating and nostalgic. Apparently the film was intended to “pay homage” to European gothic horror and the psychedelic films of the 60s and 70s. I certainly have faint childhood memories of walking into the living room while my parents were watching movies of this ilk, featuring strange cults and maidens in distress. It’s not my favorite sort of horror, but this film held my attention and delighted me with its generous displays of Gothic iconography. (Strong warnings for violence and Gothic weirdness.)
Watch the Trailer / Options for viewing / IMDB rating: 5.8/10 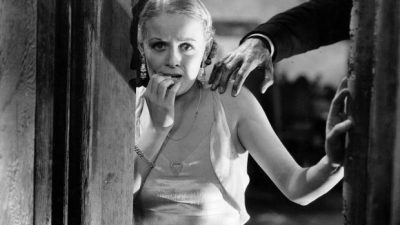 The Old Dark House (1932), Unrated
Seeking shelter from a storm, five travelers are in for a bizarre and terrifying night when they stumble upon the Femm family estate.
This movie is textbook Gothic. (If I were still teaching I would show it as an introduction to the genre.) Though it’s quite a bit “stagey” due to its age, the film moves right along and delivers some laughs along with the tension and mild horror. How did I miss this one until now?
Watch the Trailer / Options for viewing / IMDB rating: 7/10 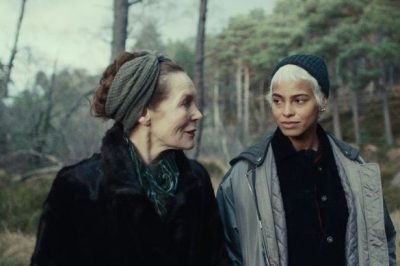 She Will (2021) — Unrated
An aging film star retreats to the Scottish countryside with her nurse to recover from surgery. While there, mysterious forces of revenge emerge from the land where witches were burned.
This may be my favorite film of the season. Alice Krige is sublime as aging actress Veronica, who travels to a remote part of Scotland to recover from a mastectomy. She is angry and obstinate, which makes things challenging for her young carer, Desi, played by Kota Eberhardt. Each of the women are affected by the location, and something in the atmosphere awakens a power within Veronica. Things just get more interesting from there. (Note: Malcolm McDowell and Rupert Everett have interesting cameos.)
Watch the Trailer / Options for viewing / Metascore: 73

Stay tuned for the second and final group of recommended Gothic horror films for 2022!