Last night was the opening banquet for the OU summer law program at Brasenose College in Oxford. 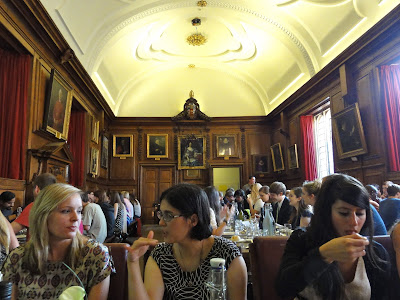 Last year we had to eat in a tent. This year we’re back in the Hall — huzzah! 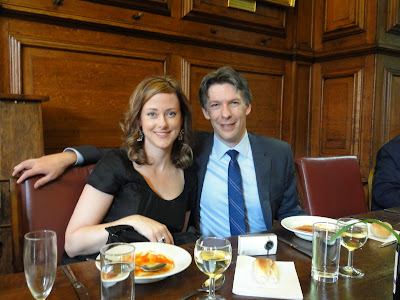 There was much revelry — too much in some cases, but Steve and I managed to behave ourselves.

Today we set out for our favorite sandwich shop on Holywell Street and stumbled across a film shoot for Inspector Lewis! 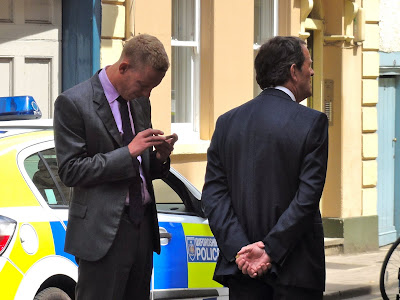 Laurence Fox and Kevin Whately waiting to rehearse the scene. 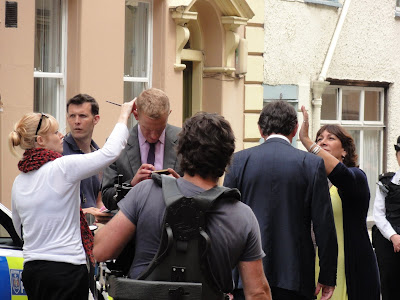 Getting last-minute hair and makeup touches. 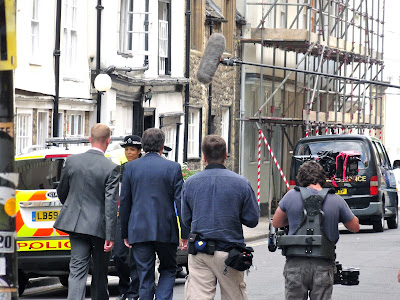 Roll cameras! In this scene, Lewis and Hathaway encounter a WPC, and something about her makes Hathaway turn around and stare. I guess it will all make sense when we watch, eh? This episode won’t air until after Easter in the UK, so maybe we’ll get it next summer or fall? It will be titled “Generation of Vipers” and should be the first of the season.