Tea and a Book is back!

(I have to admit, however, that this installment is a bit of a cheat. You’ll see what I mean later.)

My favorite read of the summer (so far) is Kimberly Brusker Bradley’s The War that Saved My Life. 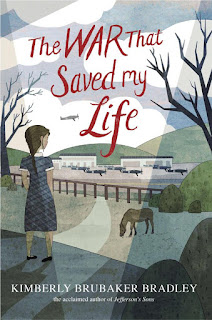 The story features many of my favorite things: WWII England, child evacuees, cozy villages, horses, and more. The very accessible first-person narration is quite gripping, and the horrors of abuse and war are offset by the protagonist’s horsey adventures (yay!) and blossoming friendships with people in her new community. I absolutely devoured this book! I’m sure I’ll read it many more times.

Nine-year-old Ada has never left her one-room apartment. Her mother is too humiliated by Ada’s twisted foot to let her outside. So when her little brother Jamie is shipped out of London to escape the war, Ada doesn’t waste a minute—she sneaks out to join him.

So begins a new adventure for Ada, and for Susan Smith, the woman who is forced to take the two kids in. As Ada teaches herself to ride a pony, learns to read, and watches for German spies, she begins to trust Susan—and Susan begins to love Ada and Jamie. But in the end, will their bond be enough to hold them together through wartime? Or will Ada and her brother fall back into the cruel hands of their mother?

Earlier this week Steve and I enjoyed a day trip to London to visit the Imperial War Museum. My favorite bit was the permanent exhibit entitled The Family in Wartime, partly because it brought back memories of The War that Saved My Life. (click photos to enlarge) 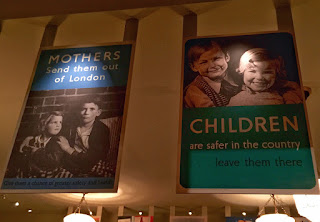 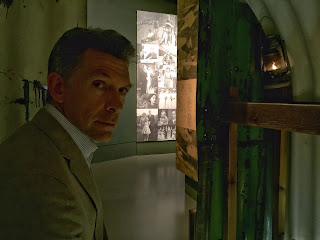 I took this (terrible) shot while Steve and I were sitting in an Anderson bomb shelter — Ada, Jamie, and Susan spend some tense moments in one of these!

After our all too brief visit, we made our way to Piccadilly for tea at Fortnum & Mason. And now you see the “cheat” part of this post — I did not make my own tea, and I do not have any recipes to share. There’s no reference to F&M in The War that Saved My Life, but I’d like to believe it would have been one of Susan Smith’s favorite places to shop before the war, perhaps with her dear Becky. 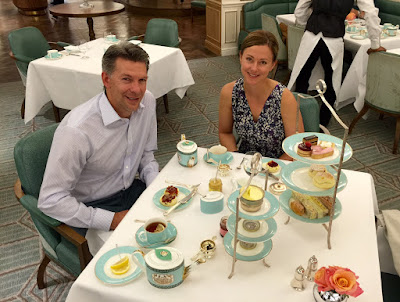 The Diamond Jubilee Tea Salon had a nice “relaxed posh” feel to it. The young man who brought our tea tray recommended that we put a drop of strawberry jam and lemon curd on our scones and mix it all together. This sounded blasphemous to me, but we figured it was only polite to try. Absolutely scrumptious. So there’s a tip for you, gentle reader!

5 thoughts on “July Tea and a Book”