Valentine’s Tea and a Book

ALERT: there’s a GIVEAWAY at the end of this post!

The other day I was making a mental list of the most romantic novels I’ve ever read. “This needs to be a blog post!” I thought. Interestingly enough, on this blog I only have ONE previous post related to Valentine’s Day, and it also featured my only use of the “romance” tag. That post was titled Swoonworthy Reads, and if you’re in the mood for romance it might prove interesting.

Today, however, I want to talk about my all-time favorite Romantic reads–one classic novel and one contemporary. I would love to learn your favorites, too. Take the challenge–can you narrow it down to one each? Do share in the comments and you’ll be entered in the giveaway! I managed it, and I’m pretty comfortable with my choices.

If those who know me were asked to guess my choice for most romantic classic novel, many would say Jane Eyre. I adore that book, and I do find it wonderfully romantic, but above all that story is about Jane and her growth into a strong, independent being. (Textbook bildungsroman, right?) There are swoon-worthy moments, to be sure, but it’s not really a Romance. For classic romance I must instead turn to dear Jane Austen, and NO, my top choice would not be Pride & Prejudice. Instead it would be Persuasion, which features a heroine who loved and lost but gets a second chance, and a dashing hero who, among other things, writes one of the most romantic letters ever composed by a fictional man: 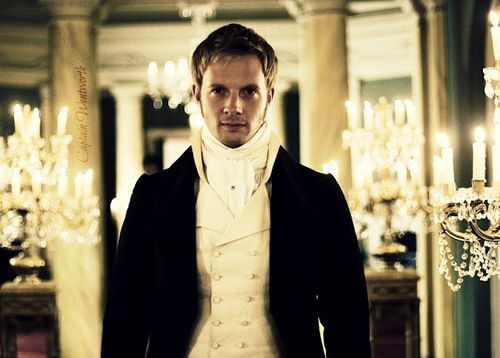 You pierce my soul. I am half agony, half hope.

Persuasion is full of delicious yearning, and though I’ve enjoyed watching both the 1995 theatrical release and the 2007 BBC adaptation, I must confess a particular partiality to Rupert Penry-Jones as Captain Wentworth (despite the fact that the “big kiss” at the end of this adaptation is flat out WEIRD).

It was rather easy to narrow down my contemporary Romance novel, too. It just has ALL THE THINGS I LOVE. Academics falling in love as they research two Victorian poets who might have known each other? Who might have LOVED each other? Secret alliances, clue-hunting in old houses, passion, betrayal? I’m pretty sure A.S. Byatt wrote this novel for me. Or perhaps this novel shaped me–I read it the year it came out and how could I ever be the same afterwards? 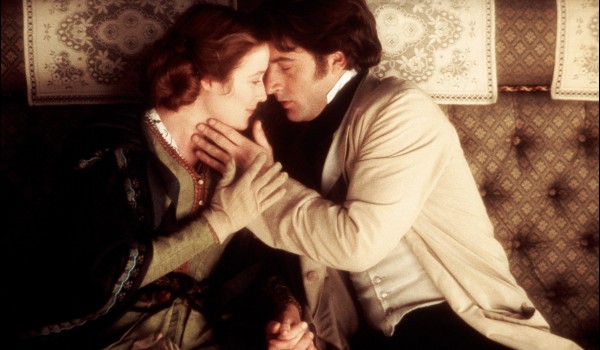 Possession has only been adapted to film once, and though it departs from the novel in many ways, I find it very satisfying to watch as its own thing. Now, if someone would just adapt the novel as a limited series, I would be tickled pink.

For my Valentine’s Day Tea I baked King Arthur gluten-free sugar cookies and frosted them with buttercream. For tea I enjoyed the Blood-Orange Tisane from Carytown Teas in Richmond, VA. Delicious combo! 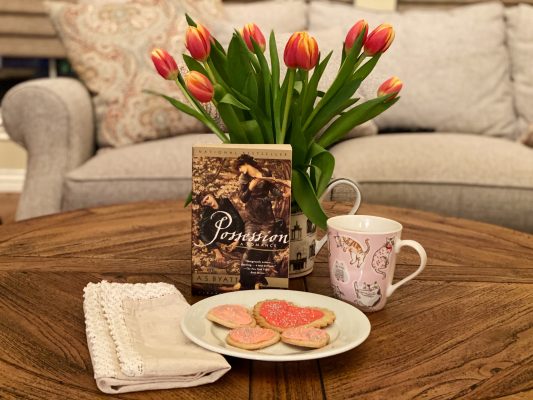 GIVEAWAY: I am offering the Annotated edition of Persuasion (Anchor Books) along with the UK edition of Possession (Vintage), and this giveaway is INTERNATIONAL. All you need do is enter the very simple Rafflecopter giveaway linked below. Get extra points for commenting with the titles of your favorite Classic and Contemporary romantic novels. A winner will be chosen randomly. GOOD LUCK! 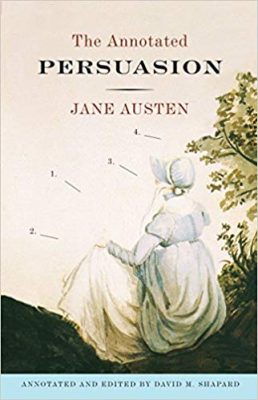 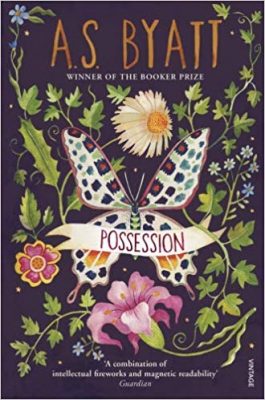 Wishing you lots of love today and always!

← Previous post: A Tour of Three Indie Bookstores in Philadelphia Next post: A Horror Interlude for February →