This year it’s been far too easy to put a book down.

Many of us have suffered from diminished attention span during the pandemic, of course, and accepting this has made it easier to let go of books that aren’t working for me. Lately I’ve found it particularly challenging to read horror. Intriguing premises abound, but too often the depiction of violence against women is unrelenting and I find myself unable to continue. In other cases, the novel starts well but eventually meanders and turns murky, the strong opening giving way to a saggy middle in which characters fret a great deal but don’t actually do very much. Perhaps I failed to meet some books halfway or had the wrong expectations?

All that said, I did find four horror novels that excited me. Click the titles for links to Goodreads: 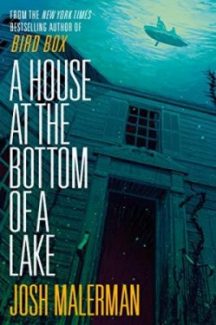 A House at the Bottom of a Lake, by Josh Malerman
It sounded like the perfect first date: canoeing across a chain of lakes, sandwiches and beer in the cooler. But teenagers Amelia and James discover something below the water’s surface that changes their lives forever.

Don’t go into this one expecting the post-apocalyptic horror and tension of Malerman’s best known book, BIRD BOX. This is a quieter story, deceptively simple but so very eerie. I read it in a single afternoon and am still pondering the connections made between first love and underwater houses. 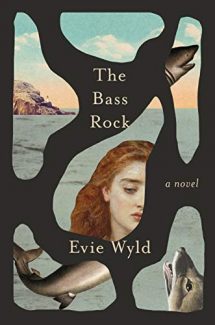 The Bass Rock, by Evie Wyld
Surging out of the sea, the Bass Rock has for centuries watched over the lives that pass under its shadow on the Scottish mainland. And across the centuries the fates of three women are linked: to this place, to each other.

This novel is dark and weird and made me uncomfortable, but I couldn’t put it down. The story is very much about violence against women, and considers it from three different time periods, but it never exploits the issue merely for shock value. It’s a gorgeously Gothic story, with a very strong sense of place and of the boundaries women have crossed (often to their peril) for generations. 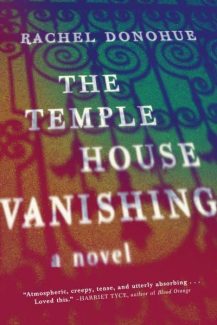 Temple House Vanishing, by Rachel Donohue
In an elite Catholic girls’ boarding-school the pupils live under the repressive, watchful gaze of the nuns. Seeking to break from the cloistered atmosphere two of the students – Louisa and Victoria – quickly become infatuated with their young, bohemian art teacher, and act out passionately as a result. That is, until he and Louisa suddenly disappear.

I so enjoyed this book, and it was exactly what I needed after trying and failing with various other stories that seemed soulless by comparison. I love a school setting for a Gothic novel, and the alternating perspectives enhanced the mystery and suspense. Admirers of Picnic at Hanging Rock and The Prime of Miss Jean Brodie should try this one. (It’s also been compared to The Secret History, but if you weren’t a fan of that book — like me — don’t let that dissuade you from reading.) 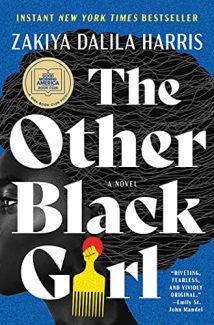 The Other Black Girl, by Zakiya Dalila Harris
Twenty-six-year-old editorial assistant Nella Rogers is tired of being the only Black employee at Wagner Books. Fed up with the isolation and microaggressions, she’s thrilled when Harlem-born and bred Hazel starts working in the cubicle beside hers. They’ve only just started comparing natural hair care regimens, though, when a string of uncomfortable events elevates Hazel to Office Darling, and Nella is left in the dust. Then the notes begin to appear on Nella’s desk: LEAVE WAGNER. NOW.

I’d probably categorize this novel as mystery/suspense rather than horror, but early on there is an unforgettable scene in which our protagonist must give a verbal critique of a white man’s novel–which just happens to feature a down-and-out, drug-abusing Black woman named Shartricia–and this scene was PURE HORROR. No blood or gore, just excruciating tension, and things get more and more twisty from there. Please will someone adapt this for a limited series?

Once again I found this list from Tor Books invaluable when looking for horror reads: All the Horror Books We’re Excited About in 2021.

Other 2021 horror books I finished this year: The Burning Girls, by CJ Tudor (new on my radar for horror), The Drowning Kind, by Jennifer McMahon (who always delivers an interesting story), Near the Bone, by Christina Henry, and Come with Me, by Ronald Malfi.