As I’ve said before, if you crave 500 jump scares per film, you will be disappointed by my recommendations. For more context on this, check out Chris Stuckmann’s YouTube video, The Problem with Horror Movies Today.

This year we begin with CLASSIC HORROR, and I arbitrarily decided this would include films from the 70s and earlier. Let me tell you, one of the fantastic things about watching films of this vintage was the total (and to me blessed) absence of computer-generated imagery. Directors and cinematographers had to be clever in suggesting a horror they did not have the means to show. All the more creepy!
(All synopses from imdb.com) 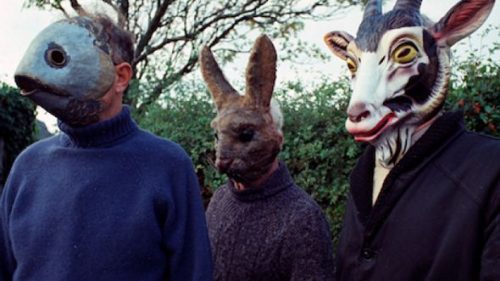 The Wicker Man (1973) — Rated R
A puritan Police Sergeant arrives in a Scottish island village in search of a missing girl who the locals claim never existed.
I’ve had a crush on the late, great Edward Woodward ever since the TV series The Equalizer, but I’d never seen this movie until a month ago. The story starts as a rather ordinary noir-ish police procedural, turns trippy, and then really gets down to the business of horror, all in a very “early 70s” manner that I found rather charming.
Watch the Trailer / Options for Viewing / Metascore: 87 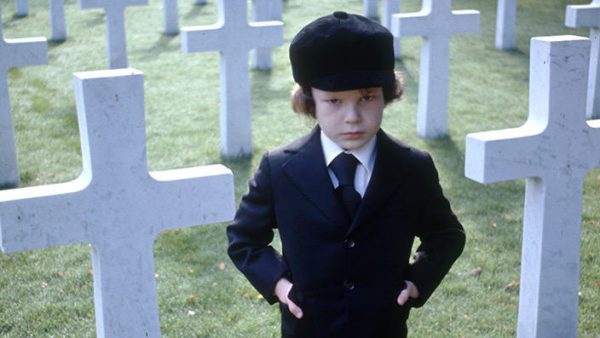 The Omen (1976) — Rated R
Mysterious deaths surround an American ambassador. Could the child that he is raising actually be the Antichrist? The Devil’s own son?
I have a vague memory of catching a bit of this as a child when my parents were watching. Back then I probably lasted about two minutes before I ran screaming. It’s a much better story and film than I expected. The female characters are either evil or useless, but aside from that it’s a darn good watch–well-paced with some very shocking scenes.
Watch the Trailer / Options for Viewing / Metascore: 62

Carrie (1976) — Rated R
Carrie White, a shy, friendless teenage girl who is sheltered by her domineering, religious mother, unleashes her telekinetic powers after being humiliated by her classmates at her senior prom.
Despite the strong dose of male gaze in the opening sequence (a shower scene, which arguably is an integral part of the plot), I found this a compelling film. The strong performances from Betty Buckley, Sissy Spacek, and others (you’ll find many familiar faces) give this twisted tale a heartbreaking authenticity. It also features the WEIRDEST “cute boy” hairdo I’ve ever seen.
Watch the Trailer / Options for Viewing / Metascore: 85 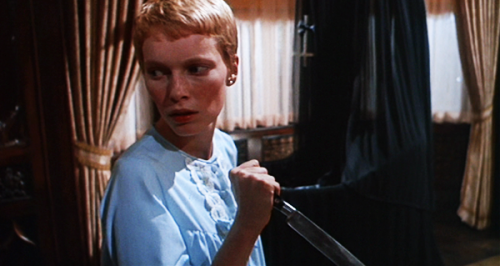 Rosemary’s Baby (1968) — Rated R
A young couple trying for a baby move into a fancy apartment surrounded by peculiar neighbors.
This film starts quietly and meanders toward a horrific finale, requiring a certain investment of time and patience. I thought I knew what was going on, then I questioned everything, and then the finale pretty much blew my mind. There’s a great 2018 Vanity Fair essay by Laura Jacobs that fans of the film should read: The Devil Inside: Watching Rosemary’s Baby in the Age of #MeToo.
Watch the excellent fan-made Trailer / Options for Viewing / Metascore: 96

The Exorcist (1973) — Rated R
When a 12-year-old girl is possessed by a mysterious entity, her mother seeks the help of two priests to save her.
I have avoided this movie all my life…until this past Sunday. 45 minutes into it, I told my husband I had to walk away. I COULD NOT WATCH IT AT NIGHT. Reader, we DID return to it the next afternoon. We finished the movie, and it was brilliantly harrowing. For me, the most disturbing parts weren’t necessarily the paranormal bits. I mean, the hospital scenes! Poor Father Karras, carrying the burden of his guilt and grief, hit me the hardest. I really loved this film, but it’s no picnic.
Watch the Trailer / Options for Viewing / Metascore: 81

Finished, not sure I recommend
The Haunting of Julia (1977)
After her daughter’s death, wealthy American homemaker Julia Lofting moves to London to restart her life. All seems well until she is haunted by the ghosts of other children while mourning for her own.
This premise appealed to me, and I do think waifish, vulnerable Mia Farrow is quite good in the role. The film meanders quite a bit, however, and I’m not sure the conclusion is earned. (Or maybe I was just being a lazy viewer?) You can watch on Prime or Youtube.

Watched at least 20 minutes and lost interest
Amityville Horror (1979) — obviously this is a horror classic, but I just didn’t care about the characters. James Brolin, in particular, seemed to be sleepwalking through his performance.
Halloween (1978) — I love Jamie Lee Curtis and Donald Pleasance, but this did not grab me. (Feel free to convince me to try again!)

Stay tuned for more spooky film recommendations. I’d love to know your thoughts about these films, and feel free to share your favorite horror movies from the 60s and 70s in the comments!