How do you take YOUR heroes?

A while back I posted about Bulletproof Kinks, and though I didn’t list it at the time, I think one of my major kinks is the Jaded Hero. Lately, a certain TV show has made me wonder about the Jaded vs. Idealistic Hero, and what sort of person is drawn to each.

First of all, the Jaded Hero has Gothic origins (Gothic is another bullet-proof kink of mine!) in that it seems to trace back to the Byronic Hero. Characteristics of the Byronic Hero include:

I’ve been a fan of the Byronic Hero since college, but long before I ever followed Childe Harold on his pilgrimage, or pondered the Byronic appeal of Milton’s Satan, or swooned over the seductive powers of an irascible land baron named Edward Rochester, I fell in love with a particular Jaded Hero named . . . Han Solo. He was world-weary, sarcastic, pessimistic, living outside the law, prone to act before thinking, and generally dark and dangerous. The sexiness of this was slightly lost on me back when I first saw Star Wars, but by the time Empire Strikes Back came to theaters, I realized that Han Solo had it going on. (Princess Leia eventually clued in, too!)

The opposite of Han Solo was young idealist Luke Skywalker — earnest, thoughtful, and principled. Luke was a dreamer who was more concerned with saving the world than his own skin. And he didn’t have a problem expressing his feelings. In fact, he seemed to have the problem of TOO MANY FEELINGS — at least until Yoda’s training finally kicked in.

I see this Idealistic vs. Jaded Hero dichotomy in films and TV all the time, and always, always I am drawn to the darker, flawed, emotionally constipated Jaded Hero. But then I have friends who most often seem to go for the Idealist. (Which makes us very compatible in our fangirling.) Where do you stand? 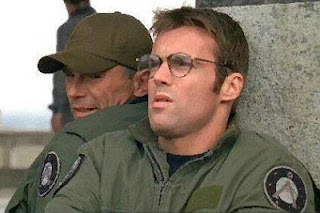 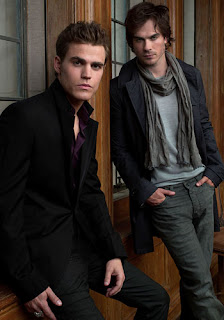 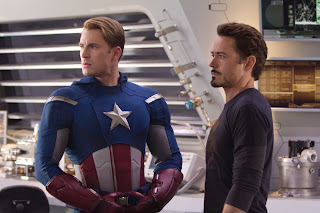 Steve Rogers (idealistic) or Tony Stark (jaded)? (Avengers) (Don’t even get me started on Loki!) 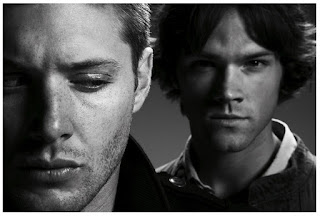 Dean or Sam Winchester? (Supernatural, aka “Star Wars in Truck Stop America” and my latest FIXATION*) I don’t even have to tell you who’s the jaded one, right? The scruff and averted gaze speak volumes.

So, Jaded or Idealist? Can you explain why you go one way or the other? (I can’t, really.) My theory is that most people are drawn to one or the other almost exclusively (this certainly seems true among my friends), but perhaps there are people who flip flop? If so, EXPLAIN! Also, it seems no matter what side you’re on, there’s always a moment (or episode/season) when the jaded hero has an outpouring of FEELINGS, or the idealistic hero goes dark. And those moments are very special, my friends.

I know I’m not saying anything new here. My main purpose is to collect data. Can you think of examples of books, movies, or TV shows that feature this hero (or heroine) dichotomy? Seems more prevalent in SciFi/Fantasy. I want to make a list!

*This is all Glenda‘s fault.