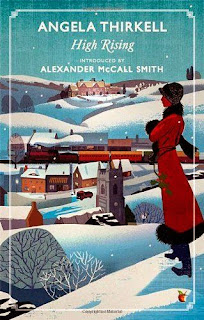 This month’s “tea and a book” recommendation has such a Christmassy cover, doesn’t it? Or perhaps it’s just wintry, but that’s almost as good. Angela Thirkell, granddaughter of Pre-Raphaelite phenom Edward Burne-Jones, published High Rising in 1933 and went on to write several more novels set in Barsetshire, a fictional English setting borrowed from Anthony Trollope.

This edition from Virago Modern Classics is particularly attractive AND free of typographical errors, unlike my older copy from Moyer Bell. Looks like Virago will be releasing more of Thirkell’s books in the near future, and I look forward to getting my hands on Wild Strawberries in March.

High Rising centers mostly upon Laura Morland, a widowed mother of four who makes ends meet by writing best-selling suspense novels set in the fashion industry. Laura gets involved in several real-life village intrigues over Christmas and New Years, all while trying to survive the boundless energy and volubility of her youngest child Tony, who only wants to converse about trains. Allow me to share some favorite passges:

On motherhood:
Oh the exhaustingness of the healthy young! Laura had once offered to edit a book called Why I Hate my Children, but though [her publisher] had offered her every encouragement, and every mother of her acquaintance had offered to contribute, it had never taken shape.

Laura on the first church service of the new year:
Tony was an exhaustion to the spirit . . . and they had one of those psalms about Thy molars gnash upon me exceeding hard and my loins are spilled abroad on the ground, and I nearly got the giggles.

George Knox, after he and Laura leave King Lear at the first interval:
If there is one pleasure on earth which surpasses all others, it is leaving a play before the end. I might perhaps except the joy of taking tickets for a play, dining well, sitting on after dinner, and finally not going at all. That, of course, is very heaven.

(I certainly can relate to the last remark, having escaped an outdoor production of Lear at the interval last summer. I mean, it’s not like the story takes a happy turn! And it was cold. And my bottom hurt.)

Aside from a few unfortunate anti-Semitic jabs (which baffles me because one of the romantic heroes–beloved by everyone in the book–is of Jewish descent), this is a jolly read that had me barking with laughter throughout. Can’t wait to read more from Thirkell.

And now for tea…

This month’s tea offering is a product of my curiosity and laziness. A few years ago my in-laws served toasted slices of panettone for breakfast, and I, fearing potential grossness but not wanting to be a jerk, ate a small slice. Glory be, turns out I love the stuff! My husband, however, is not such a big fan, so it doesn’t really make sense for me to buy the usual cake-sized portion. But lookee here what Immaculate Baking Company has on offer — mini panettones that you can bake at home. Huzzah! 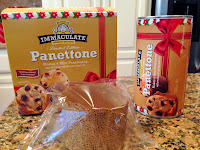 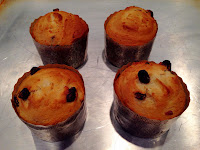 They are as easy to make as canned biscuits, and quite delicious! Keep in mind, however, that they are only available during the holiday season. I found mine at Whole Foods. 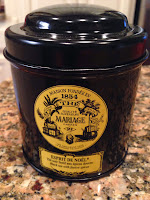 For tea, I chose “Esprit de Noël” from Mariage Frères. Lucky for you, getting your hands on this tea does not require a trip to France. You can order it online from The Cultured Cup. It has a delicate nutty/fruity/spicy flavor that pairs well with holiday treats. 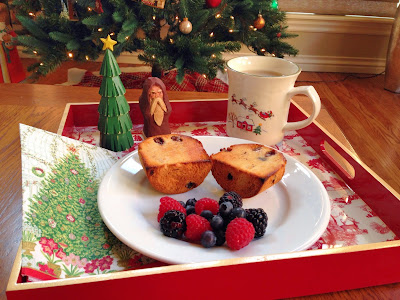 I cut the mini panettone in half and toasted it — so delicious with butter. Don’t let Rustic Santa’s grim face fool you, he heartily approves!

And that about wraps it up for me in 2014. Happy Holidays and see you in the new year!