FIRST, I must announce the winner from last week’s Victorian Giveaway. The person who will receive a copy of THE VESPERTINE, plus swag, etc., is . . .

Thanks so much to everyone who entered. I really enjoyed the comments and recs about your favorite things about the Victorian period!

Now, on to the next giveaway . . . This week’s theme is all about Girls’ Schools!

What do I love about them?

Boarding schools have long been one of my bullet-proof kinks in fiction. As I’ve said before, you can’t go wrong when you pile kids together in a faraway school and replace the parents with a small group of disgruntled teachers. As you might imagine, same-sex schools offer even more benefits, challenges and conflicts — such a great setting for a story, if I do say so myself. 😉

In the late 18th and early 19th centuries, most schools for teen girls were meant to “finish” them, or prepare them for society. But later in the 19th century, school founders began to design more challenging courses of study for girls — courses that were just as demanding as those intended for boys. At the time, it was a bit revolutionary to think that girls could handle such a cerebral challenge, but as we all know now, the girls proved they were more than up to the task! 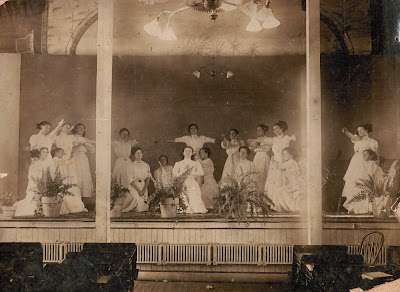 Above you see a group from a girls’ school in Murfreesboro, TN. Kneeling second from the left is my great-grandmother, Clemie Shrader. I’m not certain if the girls were performing something (they are on a stage, after all), or if this was just an entertaining way of doing a class photo.

What do they have to do with The Revenant?

The novel’s protagonist, Willie Hammond — herself a student at a female academy in Tennessee — steals an older girl’s teaching credentials and runs away to Indian Territory, thinking to gain her independence. Expecting a simple Indian school, she instead finds a sophisticated institution teeming with wealthy, arrogant and highly educated Cherokee girls. Did I mention this school happens to be haunted? 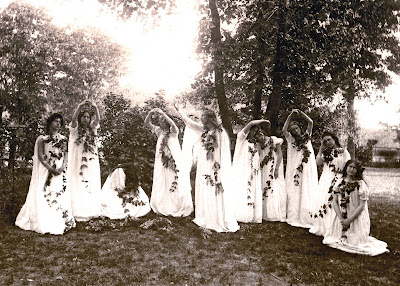 Another theatrical pose, this time from the Cherokee Female Seminary. There are many photos of the Seminary girls staging tableau vivants for the camera. (They seemed particularly fond of reenacting the grisly assassination of Julius Caesar — in the parlor!)

What am I giving away? 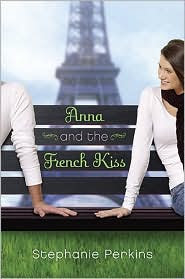 Turns out I couldn’t find a very recent book set in a girls’ school, but I’m very pleased to offer a fabulous story set in a Paris boarding school — that’s right, I’m talking about Anna and the French Kiss! Booklist said “Perkins’ debut, narrated in Anna’s likable, introspective voice, is an absorbing and enjoyable read that highlights how home can refer to someone, not just somewhere.” In a starred review, Kirkus praises the book for surpassing “the usual chick-lit fare with smart dialogue, fresh characters and plenty of tingly interactions.” I was utterly enchanted by this book — it’s beautifully written, funny, romantic, sexy . . . and it’s set in Paris, one of my very favorite cities!

To sweeten the pot, I’m adding a novel that is actually set in a 19th century girls’ school — and is perhaps the mother of all Gothic girls’ school stories — Villette by Charlotte Brontë. This novel, a significant inspiration behind The Revenant, features a young woman who takes a teaching position in a place that seems very foreign and unwelcoming. And though there’s not exactly a vengeful ghost in the story, Lucy Snowe is most certainly haunted. You’ll have to read it to see what I mean! It’s not an easy-breezy novel, but it’s wonderfully Gothic and uniquely romantic.

The weekly giveaways are open to residents of North America only. International readers may still comment to enter the drawing for a finished copy of The Revenant.

How does one enter?

1. Leave a comment that includes a name and some way to contact you. This is really all you have to do to be entered for the weekly giveaway AND to put your name in the drawing for one of two finished copies of The Revenant. (Of course, I’d love for you to share a favorite novel or film set in a boarding school in your comment, but this is not required.)

2. If you’d like an extra entry, please tweet a link to this contest. Something like: Win a copy of ANNA AND THE FRENCH KISS at @soniagensler’s Three Weeks to THE REVENANT Giveaway! http://tinyurl.com/3m8pe3b (Please let me know in the comments that you’ve tweeted — a link would be fabulous!)