The mystery of the wee blue door, an Exeter window, and more… 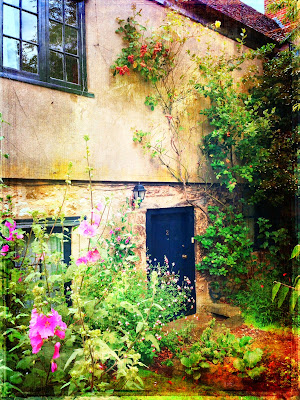 Every time I walk along Parks Road, I wonder about this small blue door. The building is on the grounds of Wadham College, but I can’t seem to find any information about its history or current use. Was the door used for deliveries only? 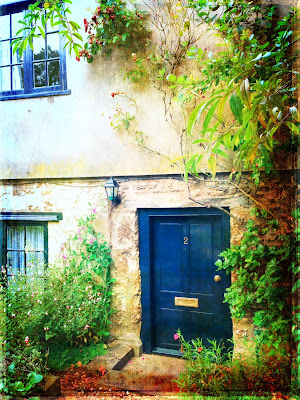 A closer view of the door. Any insights?

Last Friday we went to a concert at Exeter college — Kah-Ming Ng always partners with talented musicians for his Charivari Agreeable performances, and that night two Baroque cellists were featured. (Do you say “Baroque cellist” or “Cellists who play Baroque”? I don’t know!) 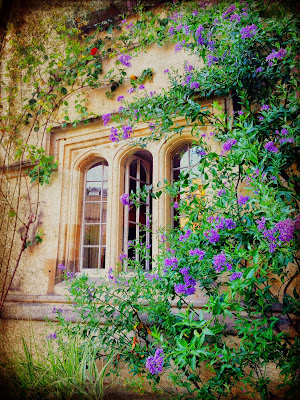 Before the concert began, I just couldn’t resist taking a photo of this window outside the chapel door. Isn’t it so very Oxford? A few seconds after I took this, a man came to the window and gave me a dirty look. Needless to say, I scurried off.

Yesterday we enjoyed a concert at the Holywell Music Room, and I was delighted to see Edward Petherbridge in the audience! (He will always be Lord Peter Wimsey in my mind and heart.) I waited after the concert to see if I’d get a chance to talk to him, but he looked tired and shy — as though he really just wanted to be left alone — so I didn’t push the matter. It was nice enough to have seen him in person.

The first half of yesterday’s program at Holywell featured Arcadiana by British composer Thomas Adès (who is TWO years younger than me, argh). Most of it was a bit too strange and modern for me to appreciate, but the sixth movement, “O Albion,” brought tears to my eyes: