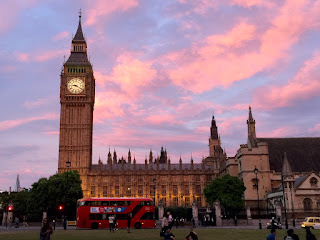 We just returned from a two week trip to England and Scotland. Steve did not direct the law program in Oxford this summer, but he was asked to plan and be present for some special events for the students. Since the trip would take place over our 25th Anniversary, we decided to add on some personal travel, starting with three nights in London. 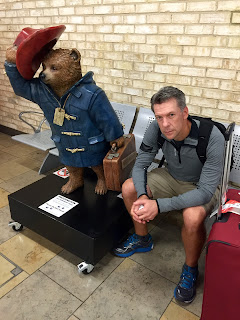 Couldn’t resist this photo upon our Thursday arrival at Paddington Station. I never was much of a Paddington fan as a child, but the 2015 film was utterly enchanting. (Apparently this statue was part of the promotion for the film. See more about the Paddington promotion statues at this blog post. And read my thoughts on the film here.) 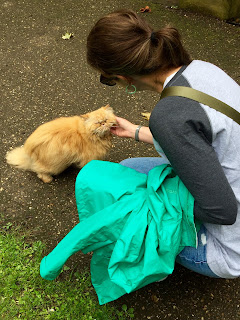 On Friday we visited the Leighton House Museum, once home of Pre-Raphaelite painter Frederic Leighton. (His most famous painting might be Flaming June.) It’s a lovely house with Middle Eastern architectural and decorative touches, along with an impressive art collection, but I confess my favorite moment was meeting this smushy-faced ginger cat in the garden. 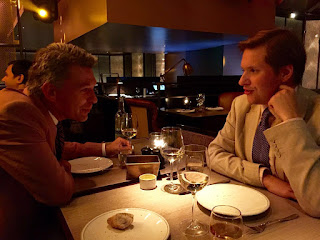 Friday night we enjoyed dinner in Soho with the incomparable Dominic Mattos! 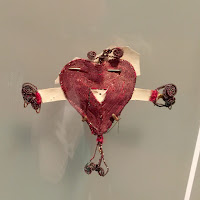 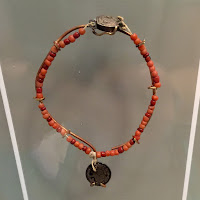 On Saturday we visited the Foundling Museum, built near the site of The Foundling Hospital, established in 1739 by philanthropist Thomas Coram to care for abandoned babies. The two items above are tokens made by mid-18th century mothers who were asked to ‘affix on each child some particular writing, or other distinguishing mark or token, so that the children may be known thereafter if necessary’. Learn more about the tokens here.

[I’ve long been intrigued by orphans and foundlings in fiction, and my latest story features a foundling girl who is adopted to replace a much grieved child — a child who, as it turns out, may not have entirely departed from this plane of existence…] 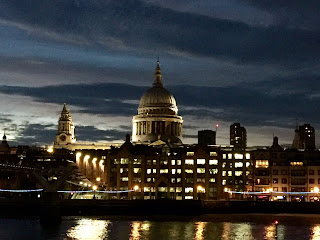 Saturday night we saw The Taming of the Shrew at The Globe and upon leaving encountered this dramatic view of St. Paul’s Cathedral from across the Thames.