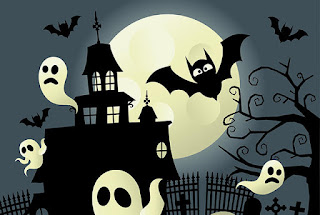 To conclude my 2016 “Spooky Films for Halloween” series, I offer suggestions appropriate for younger viewers (and those adults who aren’t quite up to the intense horror options I’ve previously recommended). Please mention your own favorites in the comments, and I will gladly watch. Always looking for options to feature in next year’s post! 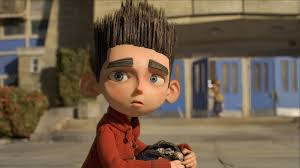 ParaNorman (2012) — rated PG
A misunderstood boy takes on ghosts, zombies and grown-ups to save his town from a centuries-old curse.
A good choice for young viewers who enjoy potty humor, mild body horror (e.g. zombie arms falling off), and extended chase scenes. The tone takes a more serious turn in the climactic scenes, which are really quite stunning to watch.
Watch the trailer. Rent at Amazon. Available on DVD from Netflix. Metascore: 72/100 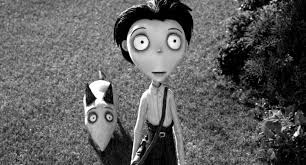 Frankenweenie (2012) — rated PG
Young Victor conducts a science experiment to bring his beloved dog Sparky back to life, only to face unintended, sometimes monstrous, consequences.
This poignant and suspenseful homage to classic monster movies bogs down just a bit in the middle (in my opinion), but patient viewers will be rewarded when disaster and hilarity ensue! (Is it just me, or does Victor resemble Cillian Murphy?)
Watch the trailer. Rent from Amazon. Available on DVD from Netflix. Metascore: 74/100 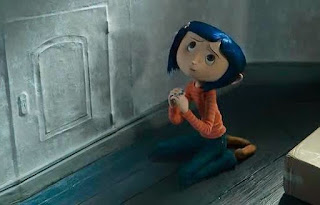 Coraline (2009) — rated PG
An adventurous girl finds another world that is a strangely idealized version of her frustrating home, but it has sinister secrets.
I loved Neil Gaiman’s book, and this adaptation is eerie, odd, and totally endearing. Highly recommended!
Watch the trailer. Rent from Amazon. Available on DVD from Netflix. Metascore: 80/100

From Time to Time (2009) — rated PG
A haunting ghost story spanning two worlds, two centuries apart. When 13 year old Tolly finds he can mysteriously travel between the two, he begins an adventure that unlocks family secrets laid buried for generations.
Julian Fellowes’ adaptation of Lucy M. Boston’s Chimneys of Green Knowe is more mystery than horror. I love stories involving WWII child evacuees, and the setting of this film is wonderfully Gothic. Gently paced and at times a bit twee, this story will appeal to young fans of historical fiction.
Watch the trailer. Available to stream from Netflix. Rent from Amazon. 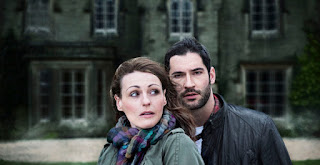 The Secret of Crickley Hall (2012) — unrated
A year after their son goes missing, a family moves to Crickley Hall. When supernatural events begin to take place, Eve feels the house is somehow connected to her lost son.
I’ve seen this twice now, and I liked it even better upon second viewing. Caution: It’s not for little kids, but I think it might work for family viewing with kids 12-up. Great setting, strong performances, and an interesting mystery. Please keep in mind its emphasis on loss and grief, and understand that there are many scenes involving children in serious peril.
Watch the trailer. Rent from Amazon.

[all synopses from imdb.com]