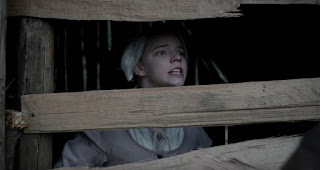 The Witch — Rated R
A family in 1630s New England is torn apart by the forces of witchcraft, black magic and possession.
Many fans of mainstream horror have panned this specimen of “cerebral horror” for being slow and hard to follow, but I was caught in its spell. If you have a passing familiarity with early American history and/or the works of Nathaniel Hawthorne, you understand how Puritan paranoia could warp individuals and destroy entire communities. This film imagines the worst Puritan fears actually coming true for a family living in exile. Brilliantly realized, but not easy to watch.
Watch the trailer. Available on Amazon (free for Prime members). Metascore: 83/100 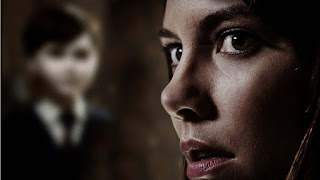 The Boy — Rated PG-13
An American nanny is shocked that her new English family’s boy is actually a life-sized doll. After she violates a list of strict rules, disturbing events make her believe that the doll is really alive.
I loved the wacky premise of this film, and the Gothic setting was right up my alley. Lauren Cohan (The Walking Dead) and Rupert Evans (star of The Canal, featured in my last blog post) offer sympathetic performances as their characters negotiate this bizarre situation. In fact, I was quite enjoying the film…until a certain frustrating reveal. As The New York Times said, “It still has enough scary moments to satisfy horror fans, but you’re left wondering whether it might have been more disturbing had it stayed on its original path.” I will watch this one again.
Watch the trailer. Available to rent on Amazon. Metascore: 42/100

Lights Out — Rated PG-13
When her little brother, Martin, experiences the same events that once tested her sanity, Rebecca works to unlock the truth behind the terror, which brings her face to face with an entity that has an attachment to their mother, Sophie.
I appreciated this film conceptually–light is used in interesting ways, especially in the final showdown. I never really cared about the characters, however, which undermined the tension considerably. (Note to self: backstory is no substitute for real-time character development.) Still worth watching, but I’d wait for the rental.
Watch the trailer. Available to purchase from Amazon. Metascore: 58/100. 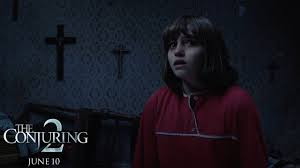 The Conjuring 2 — Rated R
Lorraine and Ed Warren travel to north London to help a single mother raising four children alone in a house plagued by a malicious spirit.
Argh. I really loved the first Conjuring movie, particularly for its character development and thrilling paranormal investigation sequences. This “sequel” takes another real-life investigation of a haunting and casts the Warrens as saviors, even though they really only spent one day on the case. That wouldn’t have mattered to me if this had been a good movie. Unfortunately, it seemed more concerned with showcasing computer-generated ghosts and ghouls. (I swear the Babadook made a couple of guest appearances–so jarring.) That said, I did enjoy most of the scenes involving the children, and young Madison Wolfe was impressive as Janet.
Watch the trailer. Rent from Amazon. Metascore: 65/100

[I think you’ll find a more nuanced depiction of the Enfield Poltergeist in this UK mini-series starring Timothy Spall and Matthew Macfadyen as paranormal investigators Maurice Grosse and Guy Playfair. Eleanor Worthington-Cox is excellent as Janet.] 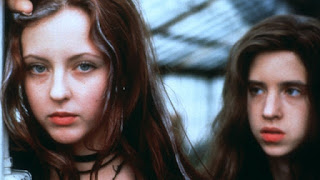 Ginger Snaps (2000)
Two death-obsessed sisters, outcasts in their suburban neighborhood, must deal with the tragic consequences when one of them is bitten by a deadly werewolf.
How did it take me so long to see this Canadian cult classic? I just LOVE lycanthropy as a metaphor for adolescence, particularly with a female focus. Excellent characterization and conflict, and the horror is tempered by humor in a way that reminds me of American Werewolf in London. This unrated film features adult content and is fairly gory, so perhaps not suited to pre-teen viewers?
Watch the trailer. Available on Hulu or rent from Amazon. Metascore: 70/100

The Eclipse (2009) (Rated R)
In a seaside Irish town, a widower sparks with a visiting horror novelist while he also begins to believe he is seeing ghosts.
I appreciated this film even more upon my second viewing. The Eclipse is a quiet, character-driven movie featuring a few carefully-timed jump scares that may, at first, seem incongruous. I can’t adequately express how wonderful Ciarán Hinds is as the haunted widower. I can say that Aidan Quinn is perfectly awful as a self-involved author, and I mean that as a compliment–he is perfect in his awfulness.
Watch the trailer. Available free to Amazon Prime members. (If you buy the DVD, you get a wonderful “Behind the Scenes” documentary.) Metascore: 67/100