It’s that time of year again! This post features “new to me” ghostly/Gothic films, three of which are from this intriguing list of Scariest Ghost Movies of All Time.

(Stay tuned for a follow-up post on spooky films released in 2016.) 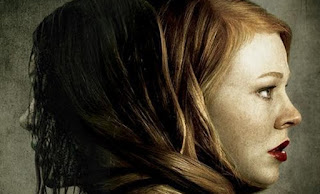 Jessabelle (2014)
Returning to her childhood home in Louisiana to recuperate from a horrific car accident, Jessabelle comes face to face with a long-tormented spirit that has been seeking her return — and has no intention of letting her escape. (PG-13)
I’m surprised by the low IMDB Metascore on this one. Maybe people were misled by the trailer. Entertainment Weekly gave it 3 out of 4 stars, which I think is fair. Great Southern Gothic setting and solid creepiness without too many manipulative jump scares. Unlike some cranky reviewers, I thought the ending was pretty cool.
Watch the trailer. (Or maybe not?) Rent from Amazon, DVD from Netflix. Metascore: 37/100 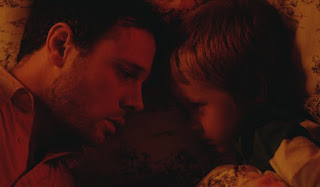 The Canal (2014)
A man who suspects his wife is cheating on him begins having nightmarish visions of an evil presence that he believes inhabits his house. (Unrated. Warning for R-rated content.)
This dark and stylish film features strong performances, particularly from Rupert Evans (known to me previously from North and South). His character’s study of archival film footage is just the sort of thing I love in a horror film. Hard to say much else without spoiling!
Watch the trailer (sex/gore warning!). Rent from Amazon or stream from Netflix. Metascore: 55/100. 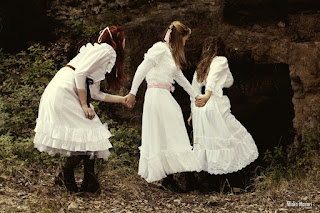 Picnic at Table Rock (1975)
During a rural picnic, a few students and a teacher from an Australian girls’ school vanish without a trace. Their absence frustrates and haunts the people left behind.(Unrated. PG content.)
This early offering from Peter Weir, director of Witness and Master and Commander, offers a slow burn of Gothic mystery rather than full-on horror. It’s beautifully filmed, and how could I resist the turn-of-the-century girls’ school setting?
Watch the trailer. Rent from Amazon. No Metascore on imdb.com, but apparently there is going to be an AUSTRALIAN MINI-SERIES in 2017!

What Lies Beneath (2000)
The wife of a university research scientist believes that her lakeside Vermont home is haunted by a ghost – or that she is losing her mind. (PG-13)
I didn’t see this movie when it was released because I hadn’t yet evolved into full-on ghost obsession. (I think it was The Others, which came out the following year, that really flipped the switch for me.) There are many good things about What Lies Beneath: the cast (Harrison Ford!), the camera work, and its lack of cheap jump scares or over-the-top special effects. (I’ve said it before and I’ll say it again–it’s what we DON’T see that builds tension and dread. I’ll address this issue again when I discuss The Conjuring 2, grrr.) I liked the nods to Rear Window and, to a lesser extent, Gaslight. I think this film is well worth watching, but it’s at least half an hour too long and can’t quite keep itself together at the end.
Watch the trailer. (Or not. It is very SPOILERY!) Rent from Amazon. Metascore: 51/100.