I tend to gravitate toward ghost films, but from time to time other forms of horror tempt me. So if you’re looking for a ghost-free option, here are three films for your consideration: 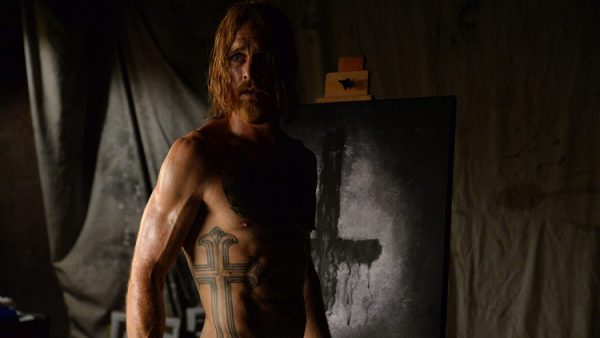 The Devil’s Candy (2015) — Unrated
A struggling painter is possessed by satanic forces after he and his young family move into their dream home in rural Texas.
After finding this on several “best horror” lists I decided to branch out a little from my usual ghostly fare. Imagine my surprise when I recognized gentle Coyote Bernstein from Grace & Frankie playing the tormented hero! (Can we all get the name of the trainer who prepped Ethan Embry for his shirtless scenes, please?) A man’s struggle with artistic integrity clashes with his obligations as a father, and the way in which the conflict evolves makes for a very tense–at times gut wrenching–viewing experience. (BTW: I happened upon this youtube review and I agree with everything this guy says about The Devil’s Candy. But I can’t decide if I want you to watch the review before or after viewing the film. Maybe it’s better NOT to know too much before watching?) The Devil’s Candy is unrated but I’d give it a strong R for violence, gore, and disturbing content.
Watch the trailer (a bit OTT). Available on Netflix. Metascore: 72

The Girl with All the Gifts (2016) — rated R
A scientist and a teacher living in a dystopian future embark on a journey of survival with a special young girl named Melanie.
I devoured (heh) M.R. Carey’s novel a couple of years ago, so of course I noticed the departures from the text and missed the character development while watching the film. Still, I think it holds up as its own thing, particularly because of the strong performances. (Special thumbs up for Sennia Nanua and the always brilliant Paddy Considine.) If you’re looking for a fresh entry in the post-apocalyptic genre, I recommend this film. And if you like it, please read the book!
Watch the trailer (or don’t — it’s spoils more than I’d prefer). Available on Amazon Prime and on Netflix (DVD only). Metascore: 67 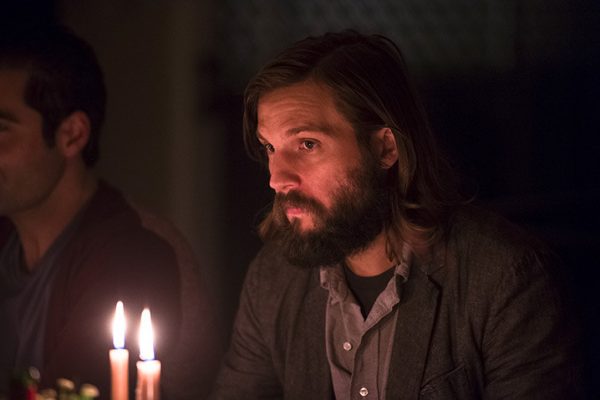 The Invitation (2015) — Unrated
While attending a dinner party at his former home, a man thinks his ex-wife and her new husband have sinister intentions for their guests.
This is one of those films where I think the less I say the better, so this will be brief. Two years after a terrible tragedy, old friends gather. But the hosts have a mysterious agenda, and our protagonist (who bears an uncanny resemblance to Tom Hardy — I’m not complaining!) suspects a dark purpose lurks behind their seductive hospitality. Deliciously eerie and tense! The Invitation is unrated, but I’d give it an R for violence and adult content.
Watch the trailer. Available on Netflix. Metascore: 72

That’s it for this year. Feel free to share your Horror recommendations in the comments. Wishing you heaps of happy horror viewing this Halloween!

AND REMEMBER — if at any point you want to browse my previous spooky film recs (which go all the way back to 2012), simply click the tag “spooky film recs” in the tags list below or in the sidebar! Easy Peasy.