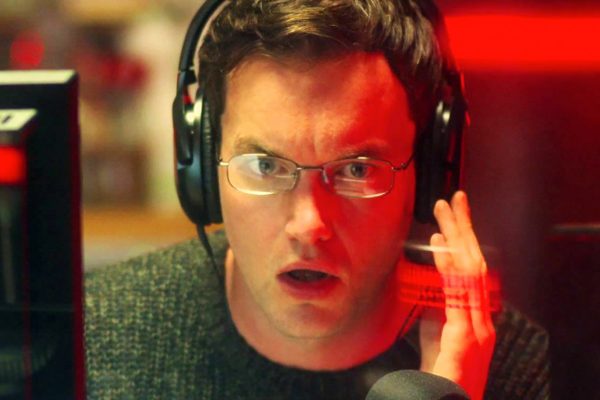 Dark Signal (2016) — Unrated
The spirit of a murdered girl returns with a message for the staff of a local radio station.
Ghostly voices appearing during a radio broadcast? Yes, please! I’m a fan of Welsh actor Gareth David-Lloyd from his days on Torchwood, so of course I had to watch this one. Dark Signal is just as much slasher film as ghost story, and there’s hardly any subtlety to it, but it totally held my attention. Also, it briefly features James Cosmo, who is in every TV show and film you’ve ever loved, so why not give it a try? If there’s such a thing as a “ghostly slasher romp,” this is it. (No rating, but I would give it an “R” for language/violence/gore.)
Watch the Trailer (warning: it is cranked up to eleven!). Available from Netflix and for rent from Amazon. No meta score — see external reviews on imdb here. 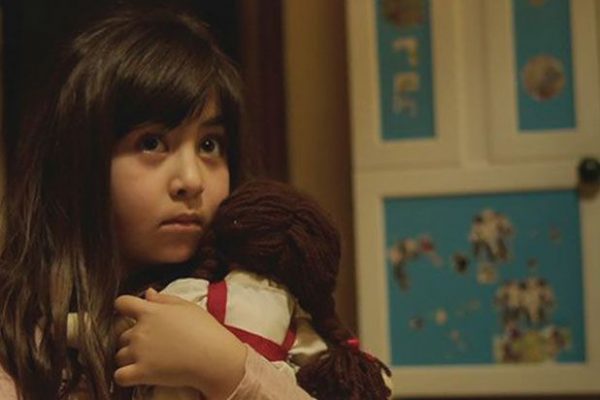 Under the Shadow (2016) — PG-13
As a mother and daughter struggle to cope with the terrors of the post-revolution, war-torn Tehran of the 1980s, a mysterious evil begins to haunt their home.
This is the best reviewed film of my 2017 recommendations, and I enjoyed every second of it. A progressive Iranian woman denied the opportunity to continue her medical studies must accustom herself to stay-at-home mothering when her doctor husband is sent to the front lines. The bombing of Tehran grows increasingly violent, but she knows that taking her daughter to her in-laws will mean a loss of freedom. Does her resentment at being left behind (in more ways than one) explain the bad behavior of her daughter? Or is something else going on? Highly recommended, and very possibly an option for family viewing. Filmed in Persian but English subtitles available.
Watch the Trailer. Available from Netflix and for rent at Amazon. Metascore: 84 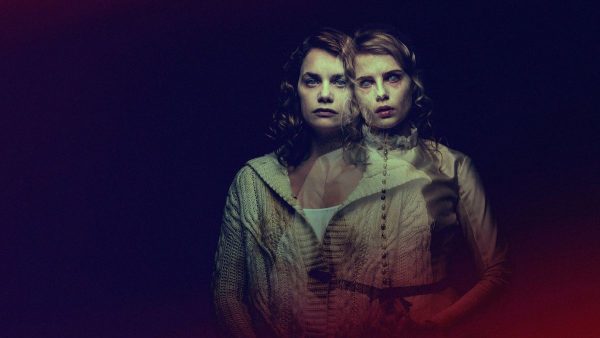 I Am the Pretty Thing that Lives in the House (2016) — Unrated
A young nurse takes care of an elderly author who lives in a haunted house.
This is my favorite of the new-to-me ghost films I’ve watched this year. From the very first line I wondered if this was based on a Shirley Jackson short story. (The title and the protagonist’s voice-over narration both reminded me of We Have Always Lived in the Castle.) But no, this was written and directed by Oz Perkins, son of the late Anthony Perkins, and once I figured that out it all made a certain sort of sense to me. I LOVED it. Warning: people who crave jump scares, gore, and a clear resolution will not like this film. It’s a slow burn of dread punctuated by occasional bursts of horror. Ruth Wilson (so good in Jane Eyre, Luther, and The Affair) offers a quirky and compelling performance. No rating, but solidly PG-13 in content.
Watch the Trailer. Available from Netflix. Metascore: 68

(Perkins’ first horror film, The Blackcoat’s Daughter, features more hallmarks of the genre — demonic possession, lots of blood/gore, surprising twist in the resolution — but I cared less about the characters in that one. RogerEbert.com agrees: “In spite of some compelling performances and a consistent mood, [Blackcoat’s Daughter] fails to ground any of these aesthetic flourishes in story or emotion.” It’s a good film and worth watching, but I am the Pretty Thing was much more to my taste.)

Stay tuned for the final installment of my 2017 film recs, in which I’ll be sharing non-ghostly horror options.

AND REMEMBER — if at any point you want to browse my previous spooky film recs, simply click the tag “spooky film recs” in the tags list below or in the sidebar! Easy Peasy.