It’s that time of year when I voraciously consume recent (or new-to-me) horror films in hopes of sharing my favorites with you — oh what fun I have! If you are a horror fan, you’ve probably seen most of the recent mainstream options. However, there are plenty of lesser known films waiting to give you goosebumps, and I’ll feature a few of them today and next week.

Sadly, I’ve only seen two horror films in the theater this year: Get Out (huge thumbs up for this one–more about tension than horror) and Annabelle: Creation (Bleh–I’m not a fan of the “jumpscares on a platter” brand of horror). For a mainstream Gothic option, I highly recommend Sofia Coppola’s gorgeously haunting The Beguiled (a vast improvement upon the 1971 Clint Eastwood version, in my opinion, though perhaps not as true to the novel).

And now I offer some lesser-known horror films for your consideration: 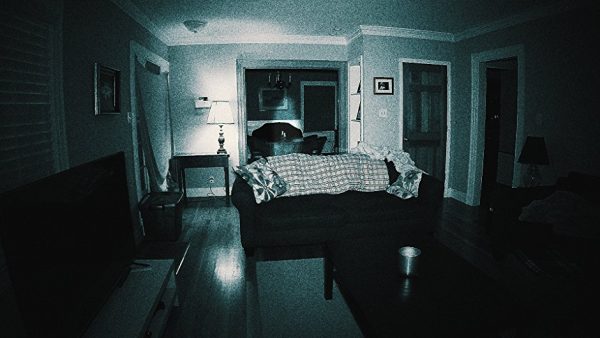 The Blackwell Ghost (2017) — Unrated
A filmmaker tries to prove that ghosts are real but soon regrets his intentions after he finds himself being terrorized in a haunted house by a ghost with a dark past.
There is no IMDB listing for this, and therefore no rating or metascore. I’m convinced this is a mockumentary, but it’s realistic enough to have inspired at least one paranormal researcher to investigate it. (Although this investigation could have been part of the promo?) I happen to LOVE films about paranormal investigations, and I prefer fictional representations to actual ghost hunter shows, which alternately embarrass and bore me. This film is only an hour long, and I found it charming, funny, and legitimately spooky. It didn’t terrify me, but I experienced actual, sustained GOOSEBUMPS, and you know by this point I am terribly jaded regarding horror films. This is the kind of film I wish there were more of–engaging characters, spooky setting, and a reliance on tension rather than jump scares. I would give it a PG rating for a bit of profanity. No sex/violence/gore. (Teachers–this one could be fun to watch in a high school film class!)
Watch the trailer. Available on Amazon (free for Prime members). 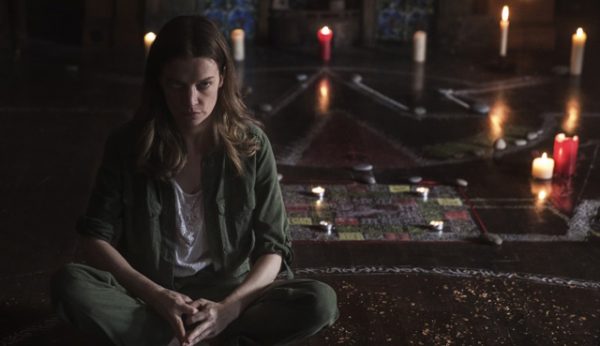 A Dark Song (2016) — Unrated
A determined young woman and a damaged occultist risk their lives and souls to perform a dangerous ritual that will grant them what they want.
Found this recommended at Vulture’s Best Horror Movies of 2017 (So far). First of all, it is set at a large country house (ostensibly Wales but actually filmed in Ireland), so if nothing else you’ll enjoy the scenery. I appreciated how the film perfectly enacts the “emotional wound” sort of story journey–for that very reason, however, it’s not an easy film to watch. If something along the lines of “Extreme Bootcamp for Desperate Occultists” appeals to you, you might appreciate this. It is unrated, but I would give it a solid R for adult content, brief nudity, and mild gore. This isn’t a “fun” horror film, but it is beautifully shot, wonderfully atmospheric, and interesting as a character study.
Watch the Trailer. Available at Netflix and for rent at Amazon. Metascore: 71 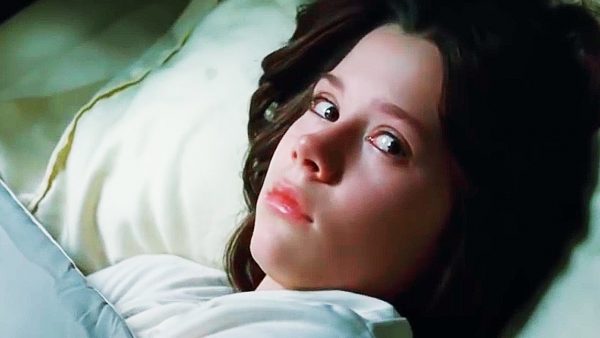 The Possession (2012) — Rated PG-13
A young girl buys an antique box at a yard sale, unaware that inside the collectible lives a malicious ancient spirit. The girl’s father teams with his ex-wife to find a way to end the curse upon their child.
I found a reference to this while researching dybbuks and was surprised I’d never heard of it. It isn’t a great film, but it does spend a good amount of time on character development and offers nuanced performances from Jeffrey Dean Morgan, Kyra Sedgwick, and the young actresses who play their daughters. Yes, there are hokey and/or predictable moments, but there are some truly spine-chilling ones, as well. Go in with low expectations, perhaps?
Watch the trailer. Available on Amazon to rent or buy. Metascore: 45 (rather low, but Roger Ebert gave it 3.5 stars out of 4. And it’s Jeffrey Dean Morgan and Kyra Sedgwick!)

AND REMEMBER — if at any point you want to browse my previous spooky film recs (dating all the way back to 2012), simply click the tag “spooky film recs” in the tags list below or in the sidebar! Easy Peasy.