Spooky Film Recs 2021 — the Horror of Grief and Alienation

The final category of this year’s horror collection is my favorite — Grief and Alienation. For me, the most gut-wrenching horror is not about terror. It’s about loss.

My standard disclaimer: I prefer horror about people and relationships, with stories that emphasize the interior horror landscape just as much, if not more, than the exterior. I’m less enthused by horror that relies primarily on special effects, jump scares, and endless/senseless gore.

*Unless otherwise indicated, all film synopses are from imdb.com.*

The Vigil (2019), Rated PG-13
A man providing overnight watch to a deceased member of his former Orthodox Jewish community finds himself opposite a malevolent entity.
I am deeply fascinated by horror films involving religion, especially when the protagonist is an apostate. In this case, the hero has recently “escaped” his Orthodox faith but still struggles with a particular horror from his past. When an Orthodox friend offers him cash to sit with a recently departed community leader, our protagonist reluctantly agrees. Of course, something is not quite right in the dead man’s house. Dave Davis gives a phenomenal performance, and after seeing this film I’d be happy to watch him in just about anything.
Watch the trailer / Options for viewing / Metascore: 69 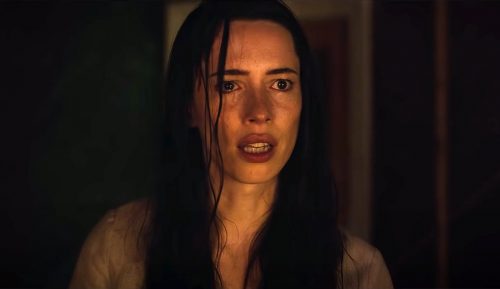 The Night House (2021), Rated R
A widow begins to uncover her recently deceased husband’s disturbing secrets.
I saw this in the theater when it first released and recently viewed again on streaming. It seemed like a different movie the second time around, which truly made me wonder if I’d watched a new edit. Ultimately, I think there’s so much going on in this film — visually and narratively — that it could seem like a different story every time you watch it. I love Rebecca Hall in all of her films, so I was more than willing to follow her through this darkly gorgeous maze of a film.
Watch the trailer / Options for viewing / Metascore: 68 Censor (2021), No Rating
After viewing a strangely familiar video nasty, Enid, a film censor, sets out to solve the past mystery of her sister’s disappearance, embarking on a quest that dissolves the line between fiction and reality.
This well-paced film has a unique historical focus: the era of video nasties in the UK. The protagonist, a film censor, thinks she sees her sister (who disappeared as a child) in one of the films she’s been tasked to view. This prompts a personal investigation that wreaks havoc on her career and puts her life in peril. The ending is a bit over-the-top, but that’s what “video nasty” horror was all about, so it worked for me. (And I’d like to see more from Irish actress Niamh Algar — fortunately, she has quite a film resume.)
Watch the trailer / Options for viewing / Metascore: 69 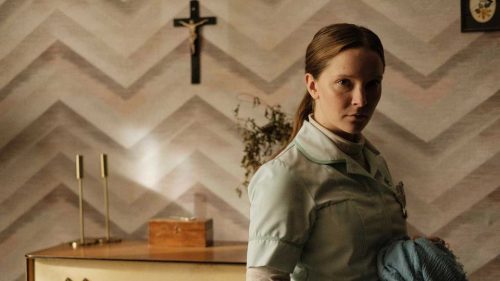 Saint Maud (2019), Rated R
A recent convert to Roman Catholicism becomes obsessed with a former dancer in her care, believing she must save her soul. (synopsis adapted from wikipedia)
It seemed time to finally face the film I’ve been avoiding for two years. Y’all, it put me in a dark place. Maud is a tough character to relate to, much less cheer for, and I wish we’d known a little more about her shadowy past. (We do get hints, but they seem a bit superficial–this probably means I need to watch again, argh.) The film features a superb performance from Welsh phenom Morfydd Clark and kudos also go to Jennifer Ehle for her supporting role as Maud’s irascible patient. Certain images from this film will haunt me forever.
Watch the trailer / Options for viewing / Metascore: 83 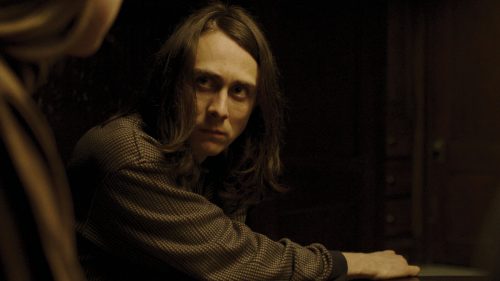 My Heart Can’t Beat Unless You Tell It To (2020), No Rating
Two mysterious siblings find themselves at odds over care for their frail and sickly younger brother.
This film — quiet and tense, but building to a horrific finale — is my favorite of all those I’ve watched this season. I ached for the characters, particularly Dwight (Patrick Fugit), who longs for a different life and struggles to match his sister’s level of commitment to their fragile younger brother. I will watch this one again.
Watch the trailer / Options for viewing / Metascore: 70

That’s it for 2021! Thanks so much for joining me. Be safe and enjoy some good movies during this Spooky Season!