This collection of films features protagonists with a strong will to live. The characters must dig deep and use their brains and brawn to negotiate the horror landscape. Ultimately, their stories are more about survival than transformation.

A reminder: I prefer horror about people and relationships, with stories that emphasize the interior horror landscape just as much, if not more, than the exterior. I’m less enthused by horror that relies primarily on special effects, jump scares, and endless/senseless gore.

*Unless otherwise indicated, all film synopses are from imdb.com.* Boys from County Hell (2020) — Not Rated
A crew of hardy road workers, led by a bickering Father and Son, must survive the night when they accidentally awaken an ancient Irish vampire.
Doesn’t Ireland seem a perfect landscape for Gothic horror? (In fact, see this list for other Irish horror films). The film might have benefited from more editing for pace–it’s a bit slow getting to the horror–but when things do get going you’ll be glued to the screen. The story may seem a bit slight, but there’s an interesting family dynamic that lends a refreshing depth and sweetness to the horror.
Watch the Trailer / Options for viewing / Metascore: 56 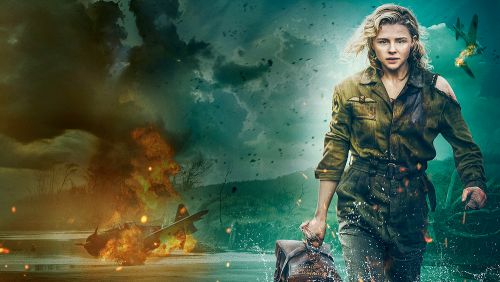 Shadow in the Cloud (2021) — Rated R
A female WWII pilot traveling with top secret documents on a B-17 Flying Fortress encounters an evil presence on board the flight.
This moderately paranormal adventure is female-directed and scripted. (Roseanne Liang reworked a script from Max Landis.) At heart it’s a mystery–more suspenseful than horrifying–and it crashes to its conclusion with a gloriously over-the-top finale. Great fun to watch!
Watch the Trailer / Options for Viewing / Metascore: 66 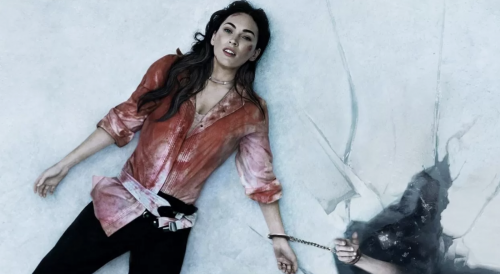 Till Death (2021) — Rated R
A woman is left handcuffed to her dead husband as part of a sick revenge plot. Unable to unshackle, she has to survive as two killers arrive to finish her off.
Megan Fox–who, until now, has never made a movie I wanted to watch–won me over in this film. Her character transitions from troubled trophy wife to buttkicking troubleshooter who fights to survive all manner of abuse and horror. Prepare yourself for buckets of violence and gore. ALSO: stay for the credits, which are rather gorgeous.
Watch the trailer / Options for viewing / Metascore: 66 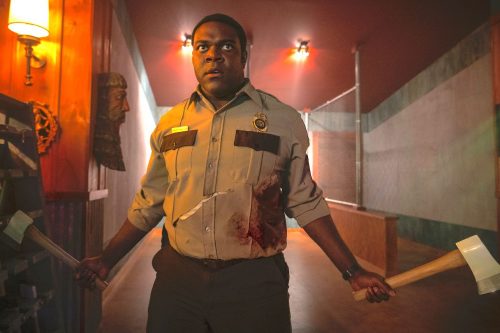 Werewolves Within (2021) — Rated R
A snowstorm traps town residents together inside the local inn, where newly arrived forest ranger Finn and postal worker Cecily must try to keep the peace and uncover the truth behind a mysterious creature that has begun terrorizing the community. (synopsis from google)
Apparently this film was based on the Ubisoft video game in which players try to determine who is the werewolf within a Medieval village. Reimagined in a modern mountain setting, the film is alternately endearing, silly, and suspenseful. I thought it was a hoot!
Watch the trailer / Options for viewing / Metascore: 66 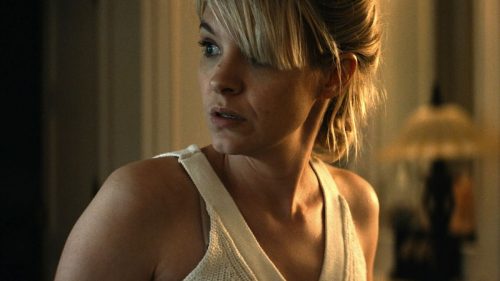 Lucky (2020) — Not Rated
A suburban woman fights to be believed as she finds herself stalked by a threatening figure who returns to her house night after night. When she can’t get help from those around her, she is forced to take matters into her own hands.
Critics really liked this one, and they had A LOT to say about it and lead actress/scriptwriter Brea Grant, but viewers looking for a “fun” slasher may wish to look elsewhere. This film, which has the second-highest metascore of all those I viewed this season, wants you to be uncomfortable and has no interest in providing closure.
Watch the trailer / Options for viewing / Metascore: 75