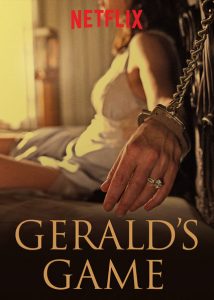 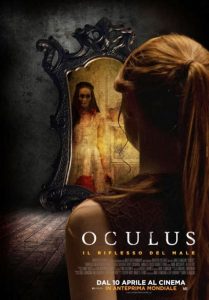 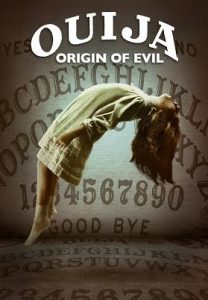 Lately I’ve become obsessed with the horror films of Mike Flanagan. (And yes, HE is the writer/director for the forthcoming Netflix adaptation of Shirley Jackson’s The Haunting of Hill House!) My obsession began when one of my favorite YouTube film reviewers, Chris Stuckmann, included Gerald’s Game in his list of favorite films of 2017. His recommendation, along with the fact that it’s a Stephen King story, prompted me to track it down immediately. You guys, the TENSION! It’s excruciating at times. But that tension, along with the performances from Carla Gugino and Bruce Greenwood, make this such a remarkable viewing experience. For me the film’s coda somewhat undercuts the overall effect, but your mileage may vary. Here’s what I love about Flanagan’s films — they are character-driven (always featuring strong women), thoughtfully cast, and do not rely overmuch on special effects or jump scares. Oculus, in my opinion, drags out a little long, but Karen Gillan gives an inspired performance as a young woman trying to prove, through a carefully conceived paranormal investigation (Eee, one of my favorite things in a horror movie!), that a cursed mirror killed her parents. Ouija: Origin of Evil started out so brilliantly with a widowed mother and her daughters adding a Ouija board to their seance scams. I was in horror HEAVEN. Things fell apart at the end, sadly, but perhaps this was due to the constraints of it being a prequel? I have quibbles with all three of the films, but I still enthusiastically recommend them to horror buffs. (Something to consider–Ouija: Origin of Evil is PG-13, but the other two are definitely more adult.)

ETA: Gerald’s Game and Oculus are available on Netflix, but I could only watch Ouija-Origin of Evil through a trial subscription to Cinemax (available through Amazon Prime).

Okay, so maybe you’re not quite up to a horror film at this moment. Don’t worry, I’ll mention the above films again in early October when I offer my annual horror recommendations. For now you might prefer something “in between” — not too sappy, not too dark and creepy. 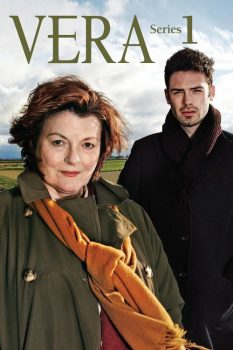 After mainlining the series Shetland, with angsty cutie-pie DI Jimmy Perez (played by perennial favorite Douglas Henshall), I thoroughly expected Vera, also based on novels by Ann Cleeves, to be “meh” by comparison. Well, I’m in the sixth season now and I think I love it MORE than Shetland. It all comes down to the performance by Brenda Blethyn. Honestly, I feel nearly the same about her as I do about Helen Mirren–I simply long to meet her and bask in her glory. Detective Chief Inspector Vera Stanhope is very real to me, and I adore her, and I love to watch the team come together under her somewhat cranky and impatient direction. There is darkness in the show, to be sure, and occasional moments of heartbreak, but Vera fights on and always solves the case. Bonus: we are treated to lovely shots of the Northumbrian moors and coastline.

ETA: Vera is available to watch through Acorn TV.

How about you? What have been your favorite TV distractions of late?