Today I conclude my 2019 spooky film recs with some Ghost-free viewing options!

All film synopses are from imdb.com.

Cold Skin (2017) — Unrated
In 1914, a young man arrives at a remote island near the Antarctic Circle to take the post of weather observer only to find himself trapped in a watchtower besieged by deadly creatures which live in hiding on the island. If there’s a historical film that is spooky AND co-stars Ray Stevenson, I’m going to watch it. David Oakes is great as the newly stationed weather attendant who soon learns that he and the eccentric lighthouse keeper (Stevenson) aren’t the only sentient creatures in the neighborhood. Physical and ethical clashes ensue. The pace is a little pokey at times, but it’s a gorgeous film.
Watch the Trailer / Options for Viewing / No Metascore 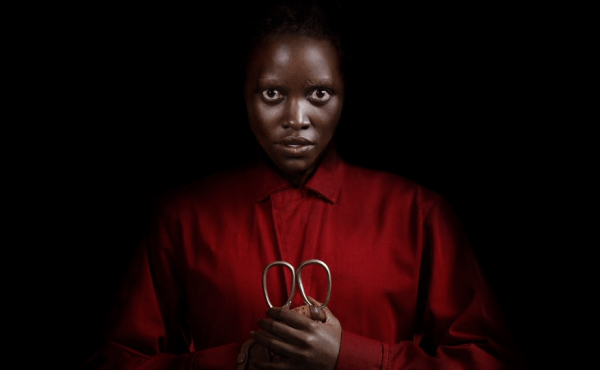 Us (2019) — Rated R
A family’s serene beach vacation turns to chaos when their doppelgängers appear and begin to terrorize them.
I love Jordan Peele and am a fan of Get Out, but for some reason I resisted watching this film for a time. It is quite good, but it’s also the sort of film one wants to discuss afterwards and my usual film-watching buddies were unavailable. I love how Peele adds humor to the horror, and Lupita Nyong’o is a standout in a very strong cast.
Watch the trailer / Options for Viewing / Metascore: 81 (tied with REVENGE for highest metascore of my 2019 recs)

Revenge (2017) — Rated R
Never take your mistress on an annual guys’ getaway, especially one devoted to hunting – a violent lesson for three wealthy married men. This one consistently shows up at or near the top of “best horror films,” but I avoided it for a couple of years because of the content. I’m glad I finally watched. It’s not fun, but it’s deeply satisfying. It DOES NOT eroticize violence against women. In fact, according to one reviewer, it “gouges the male gaze out of our eyeballs.” Keep in mind there is a high level of gore in this film.
Watch the trailer / Options for Viewing / Metascore: 81 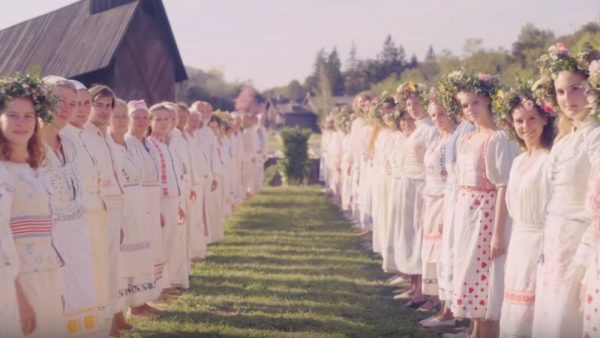 Midsommar (2019) — Rated R
A couple travels to Sweden to visit a rural hometown’s fabled mid-summer festival. What begins as an idyllic retreat quickly devolves into an increasingly violent and bizarre competition at the hands of a pagan cult. This film is LONG and WEIRD. Like Hereditary it deals with the consequences of unrelenting grief and depression, but with an entirely different outcome. (So different that you almost forget about the grief–but maybe that’s the point?) I do think Ari Aster drags out the film with those long ritualistic sequences, but unlike some reviewers, I feel mostly satisfied with the ending. It made a certain sort of sense to me as a deliberate contrast to Hereditary‘s conclusion.
Watch the trailer / Options for Viewing / Metascore: 72

Upgrade (2018) — Rated R
Set in the near-future, technology controls nearly all aspects of life. But when Grey, a self-identified technophobe, has his world turned upside down, his only hope for revenge is an experimental computer chip implant called Stem. This is my favorite horror film of this year’s offerings. I would call Upgrade a “Tech Noir” in the vein of Blade Runner and other “near future” scifi horror. It stars Logan Marshall-Green (whom I loved in The Invitation) as a vengeful widower and Simon Maiden as the voice of Stem. Oh, how darkly fun this film is! I won’t say more — just watch it.
Watch the trailer / Options for Viewing / Metascore: 67

That’s all from me for 2019–Hope you find something fun to watch. Do let me know in the comments if you have any recommendations. Happy Horror Viewing!

← Previous post: Part II: Ghostly and Gothic SPOOKY films Next post: Tea for One at the Boston Public Library →