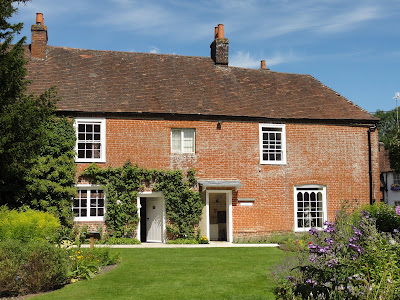 On Monday I took the train down to Winchester and then a taxi over to the little village of Chawton to see Jane Austen’s house. It was wonderful to meet up with my old grad school buddy Laura (who is now a college professor and gets to teach Austen, Bronte and all sorts of lovely 19th century authors). 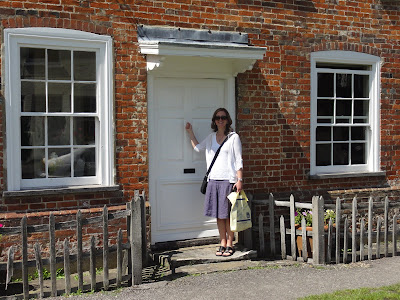 I’m knocking at Jane’s front door! After exploring the house and enjoying tea across the road at Cassandra’s Cup, we walked to the church where Jane Austen’s sister and mother were buried and ogled Chawton House, one of the estates owned by Jane’s brother Edward. Chawton House is now a library of early English women’s writing. Someday I hope to go back for a tour. 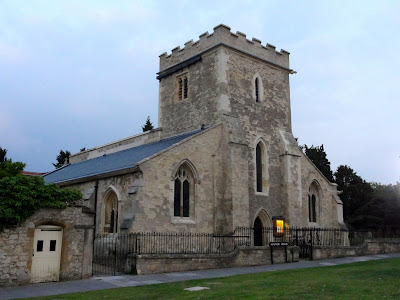 Last year I was in quite a frenzy to capture images of all the Peter Wimsey-related sites in Oxford. At that time St. Cross Church, where Peter and Harriet were said to have been married, was covered in scaffolding. Fortunately the work is done now, but the church has been made redundant (how can this be?) and is to become a historical collections center for Balliol College. We could not get inside on this evening, but we did sneak into the churchyard . . . 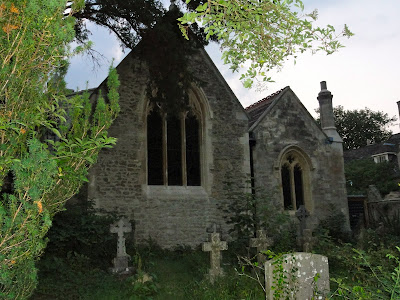 to get this picture. Lovely, isn’t it? 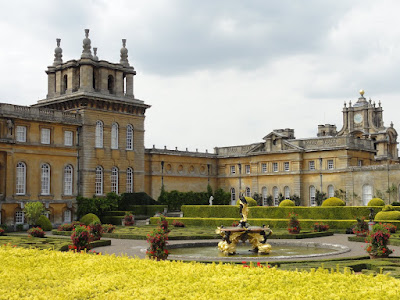 This past weekend my Dad and stepmother came to Oxford. We dined with them Friday and Saturday, and on Sunday took them to Blenheim Palace. Steve and I had been before, so this time we tried to explore the more remote reaches of the gardens. (It was lovely, but I still prefer Chatsworth.) This is a shot of the palace and its Italian garden. 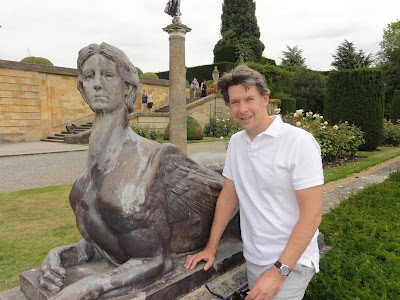 I like this shot of Steve and the . . . what is she, exactly? It’s a lion with wings and a woman’s head. A sphinx? It was such a sunny, warm day. Almost too warm — in fact, we’re having quite the heat wave this week. High of 80!

Only two weeks left of this glorious summer in Oxford. How can it be August already?