October Tea and a Book: The Uninvited by Dorothy Macardle

The Uninvited — originally known in the UK as Uneasy Freehold — was published in 1942 by Irish author Dorothy Macardle and was adapted to the screen by Dodie Smith in 1944. 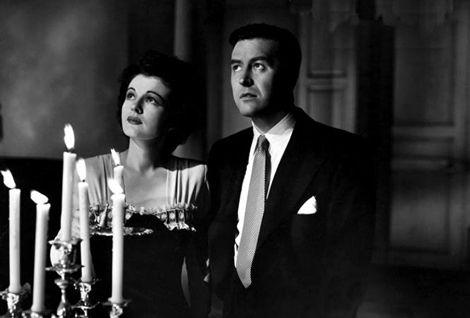 Go here for my post about the film starring Ray Milland and Ruth Hussey. I’m pleased to say that, although I quite enjoyed the film, the book is SO MUCH better.

Synopsis:
Brother and sister Roderick and Pamela Fitzgerald flee their busy London lives for the beautiful but stormy Devon coastline. They are drawn to the suspiciously inexpensive Cliff End, feared amongst locals as a place of disturbance and ill omen. Gradually, the Fitzgeralds learn of the mysterious deaths of Mary Meredith and another strange young woman. Together, they must unravel the mystery of Cliff End’s uncanny past – and keep the troubled young Stella, who was raised in the house as a baby, from returning to the nursery where something waits to tuck her in at night…

The story is narrated by Roderick, a book reviewer and playwright who decides to relocate from London to the countryside. The setting is exactly my sort of thing — a large old house on the Devon coast — and I enjoyed the close relationship between Roderick and his sister Pamela. Soon enough the siblings meet young Stella Meredith, who grew up in the house but went to live with her grandfather after the deaths of her parents. She is sweet and lovely, but rather childlike, and this is the only thing about the novel that bothers me. Roderick is quite smitten by Stella, and he develops a weirdly paternal/romantic attraction to her. I love the novel, but not this relationship. (Fortunately, the ghostly mystery is much more central to the plot than the romance.)

The house seems a perfect haven during the day. The nights, however, bring apparitions and disembodied voices. These disturbing manifestations take a physical and emotional toll on Roderick and Pamela. The disturbances intensify when Stella is around, and the house seems to goad the young woman into self-destructive behavior. The siblings go to great lengths to learn about the previous inhabitants, and when their research doesn’t get them as far as they’d hoped, they consult paranormal experts. If you know me at all, you understand how much I love the tools and procedures of paranormal investigation!

A sense of deep uneasiness held me rigid. I was uneasy because I was eavesdropping there. It was an intrusion; this house was old; long before we were born it had its occupants, living and dying here. We were aliens and trespassers in their hereditary home. Now I knew that they were in possession of the house once more, their timelessness closing over our intrusion as water over a stone. Down there, in the nursery, things were as they had been; somebody moved and sighed there; somebody moaned. (317) 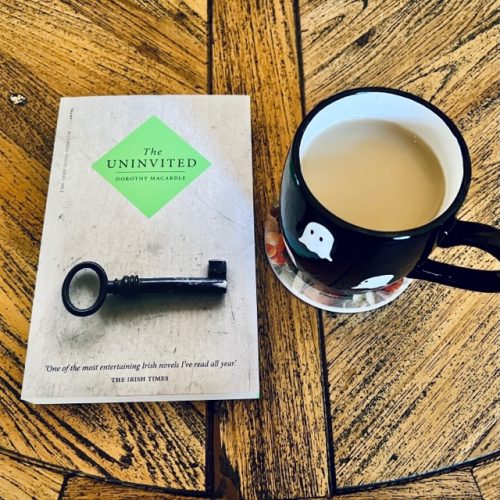 Nothing too fancy, just a spooky cup of Irish Breakfast from The Republic of Tea — “Deep, Dark, Delightful. A traditional blend of Assam (India) and high-grown Ceylon (Sri Lanka) leaves. This hearty brew has a malty character, brisk finish and a rich color. Sure to lift the fog of a cloudy mind. Enjoy with a splash of milk for a cup that satisfies well beyond breakfast.”

Stay tuned for my spooky FILM recs for 2022, with a special focus on Gothic horror.