November Tea and a Book: The Loney, by Andrew Michael Hurley 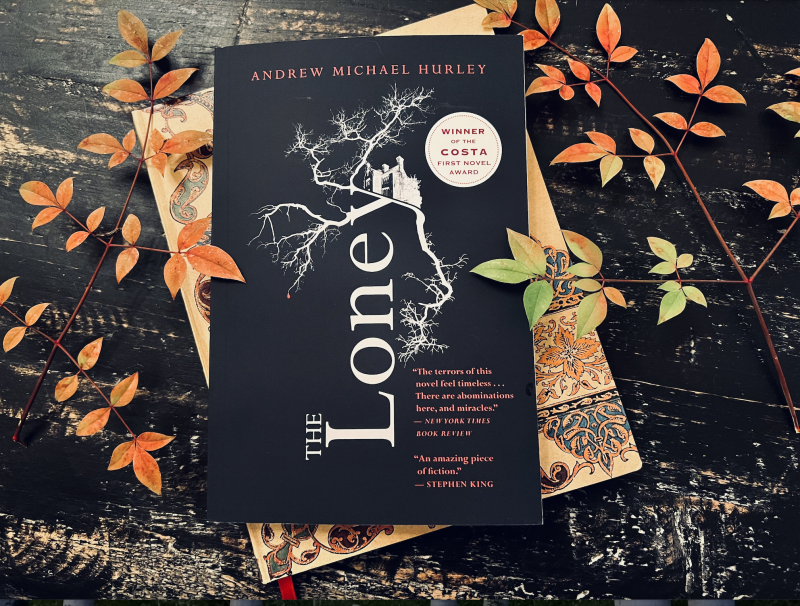 For a while now I’ve struggled with attention span while reading, and I had a particularly hard time with my horror recommendations last month. After that I enjoyed a “cleanse” of sorts with The Bookshop on the Shore, a sweet romance about a London nanny who takes work in a Scottish manor house. I definitely recommend that one to readers of romance, but decided not to feature it here on the blog because I’ve already featured Jenny Colgan fairly recently.

Wouldn’t you know the next book I finished was a horror novel? And lucky for me, it was an excellent read. Andrew Michael Hurley’s The Loney — winner of the 2015 Costa Award for a first novel — has been lauded by critics and praised by horror/suspense writers such as Stephen King and Paula Hawkins.

When Smith was a boy, he and his family went on an Easter pilgrimage with their local parish to the Loney, a bleak stretch of the English coastline, to visit an ancient shrine, in search of healing for Smith’s disabled brother. But the locals were none too pleased to welcome them, and the two brothers soon became entangled in a troubling morass of dangerous rituals. For years after, Smith carries the burden of what happened that spring. And when he hears that the body of a young child has been found during a storm at the Loney, he’s forced to reckon with his darkest secrets, no matter the cost.

I found this book after a brief search for a definition of “Cosmic Horror,” a term mentioned here and there in discussions of horror. Also known as Lovecraftian Horror, Cosmic Horror deals with the “unknowable and incomprehensible” rather than relying on gore and shock tactics. (Check out Lovecraft’s essay on Supernatural Horror in Literature.) I’ve also seen The Loney categorized as “Folk Horror.” Whatever the label, the novel feels traditional and innovative at the same time. With its mysterious and often hostile setting, it invited comparison to films like The Wicker Man and The Endless, both of which I’ve recommended here on the blog. (BTW, here’s an interesting list of Cosmic Horror films. Sorry, can’t help myself.)

What I loved: this is the sort of story one tells by the fire on a cold, wet evening. The Lancashire setting is fantastic, both beautiful and treacherous, and the eerie enmity between the locals and the “pilgrims” ratchets up the tension. A different sort of tension is generated by Smith’s mother, whose iron will and hardcore attitude toward faith take a toll on every character in the book. Keep in mind that this story isn’t streamlined or fast-paced. It meanders a bit, as our protagonist considers his role in an event that happened years earlier. That said, I read it quickly, and then I went back to the beginning and reread certain sections for clarification. I’m certain I will read this novel again one day.

Some links, in case you wish to know more:
— A BBC Bookclub podcast in which Hurley discusses his novel
— Another podcast interview from The Guardian
— Your Introduction to The Cosmic Horror Genre, a quick and straightforward guide.
— Gothic, Cosmic, and Folk Horror Blend to Perfection in The Loney, an essay from Lovecraft Ezine. 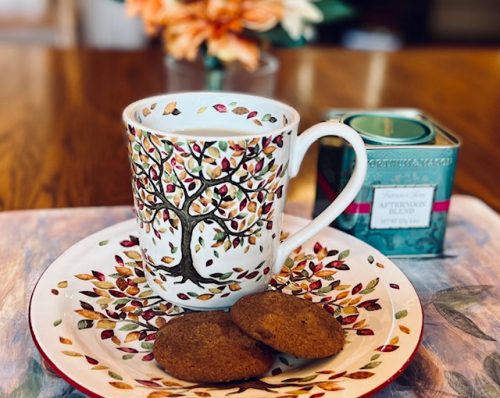 I chose the Afternoon Blend of black tea from Fortnum & Mason, a quality blend that would have pleased Smith’s fussy mother, and paired it with gluten-free Ginger Zinger Cookies from Tate’s Bake Shop. (These cookies have a “kick” and I love it!)

Happy Reading! Stay tuned for a Holiday post in December.

← Previous post: Spooky Film Recs 2021 -- the Horror of Grief and Alienation Next post: January Tea and a Book -- Penny Plain by O. Douglas →