Check out the trailer:

(Obviously the film stars many famous/amazing people in addition to Hiddleston and Wasikowska, but LOKI and JANE EYRE in a ghost movie??? Seriously, what could be better?)

The trailer certainly is gorgeous and creepy. It also seems a bit “over-the-top” in some places. I loved Pan’s Labyrinth and The Devil’s Backbone, but I think del Toro can get carried away sometimes (e.g. Pacific Rim).

In many ways the trailer reminds me of those old Ken Russell movies like Gothic or Lair of the White Worm. It also brings Gormenghast to mind. These associations leave me feeling a little nostalgic and a lot apprehensive. I just don’t want the style of the film to overwhelm the story and characterization. 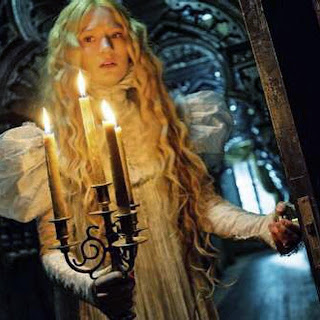 Steve has already told me he won’t see it, and I know it’s a bit too dark and sexy for certain friends. So looks like I’ll be cowering in a theater all by lonesome in mid October! Will YOU be seeing it?

P.S. Supernatural fans will be pleased to learn that Jim Beaver is part of the cast!

← Previous post: Friday Favorites: L.M. Montgomery Next post: February tea and a book: The Life-Changing Magic of Tidying Up →