I’ve been MIA as far as blogging goes. I blame it on writing projects and holiday hoopla — wonderful things, to be sure, but also crazy-making.

— This week Steve is giving a presentation in Boston and I’m tagging along, so prepare to be spammed with travel photos. I’m very excited to stay at a haunted hotel, meet a friend for tea at the Boston Public Library, and generally soak up the beauty of this old city during the holidays.

— Speaking of tea, a friend posted this video on my Facebook wall a few days ago. Why didn’t I watch more Kids in the Hall back in the day? Tea lovers MUST watch; everyone else is strongly encouraged to do so:

— More than 3 months after our return from Oxford, I FINALLY have photos online at Flickr. I posted some of them on the blog a while back, but if you’re desperately in need of a distraction — and want to see, among other things, photos from film locations for movies like Pride & Prejudice ’05 and Jane Eyre ’11 — you should check out my Oxford 2011 photo collection. 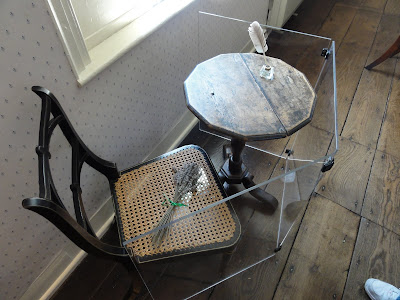 Here’s a little preview — can you guess what this is?

— As I mentioned in a previous post, I’ve been watching 1930s movies as research for a certain project, and I can highly recommend 1932’s Academy Award winner for Best Picture, Grand Hotel. 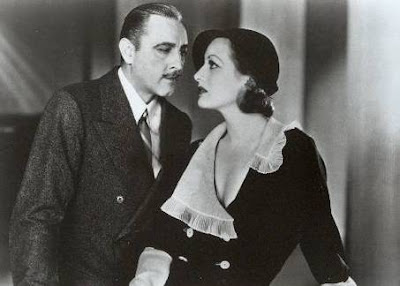 Yes, the performances will seem quite broad by today’s standards (and I confess to getting annoyed with Garbo’s stagey wriggling and hand-fluttering), but the cinematography is pretty spectacular, the script — which features a shocking twist I totally didn’t see coming — is nuanced, and Lionel Barrymore’s penultimate scene with Joan Crawford brought me to tears.

Joan Crawford, seen above in a charming scene with John Barrymore, was SEXY. I vaguely remembered her as the “Mommy Dearest” psycho-lady, but watching her in this film was a revelation. I’d love to see more of her early work — any recommendations?