January Tea and a Book: ALL PASSION SPENT 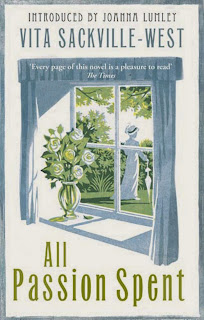 As hinted in a previous post, I read Vita Sackville-West’s All Passion Spent, and it is perfect companion for tea! Now, as the title may suggest, this is not a novel of high action and blistering passion. (Heh.) Rather, it is the story of recently widowed Lady Slane, who finds herself surrounded by bossy children who want to micromanage the short time she has left on Earth. What does Lady Slane do? She decides to rent a house far from her children and spend the rest of her days in quiet contemplation. In her new setting she has plenty of time to reflect on the past, but she also makes new friends, including an eccentric millionaire who loved her from afar long ago.

Just so you know, the novel was adapted by the BBC in 1986, and this TV movie starring Wendy Hiller was nominated for four BAFTA awards. If you go here you can see a clip — a clip that involves TEA! The movie is available on disc from Netflix or can be purchased from Amazon and Barnes & Noble.

Now, for our tea. Though Lady Slane expects to live in isolation, with only her maid Genoux as companion, she ends up entertaining from time to time:

The only things which touched reality were the routine of her life with Genoux; the tiny interests of that life — the tradesman’s ring at the back door, the arrivial of a parcel of books from Mudie’s, the consultation as to Mr. Bucktrout’s Tuesday tea, should they buy muffins or crumpets? (113)

As soon as I saw the reference to crumpets, I knew I had to make my own from scratch. I used a friend’s recipe, which he texted as a photo (a bit hard to read!), but this recipe is very close. (And if you really want the one I used, I’m happy to email it to you.) The main thing is that you need to budget some time for the batter to do its thing. Also, you will need a griddle and some crumpet rings. For the latter I just used muffin rings purchased from Amazon. 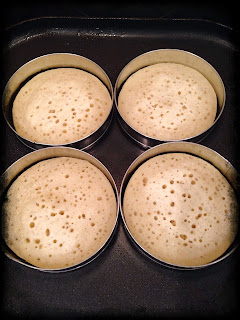 The most important thing is that your crumpets should have lots of holes to trap the butter and honey (or jam, if you prefer). If the holes aren’t forming, you probably need to add water to your batter. 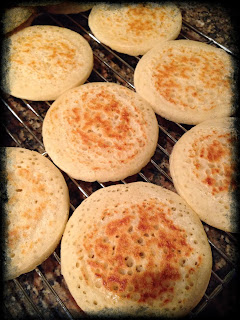 My first few attempts were pretty ugly, but I added water, adjusted the amount of batter in the ring, and ended up with these lovelies. (You may prefer yours a little thicker.) 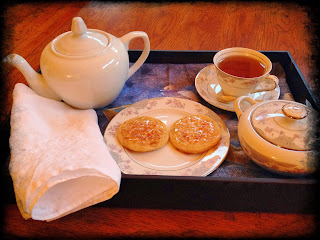 The result — teatime with toasted, buttered, and honeyed crumpets! Mmmmm. For the tea I chose a flavored China Black — Lychee Congou from the English Tea Store, which has a light, fruity quality to it that paired nicely with the crumpets.

Happy tea and a good book to all!