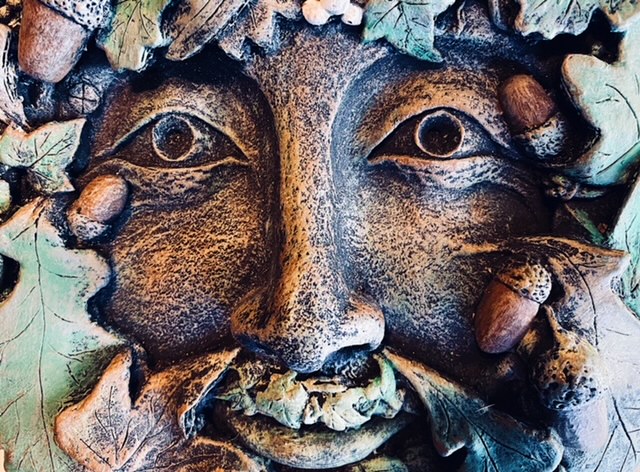 It’s a dark film, often bizarre and at times inscrutable. You’ll find little of the pageantry or romance we often associate with Arthurian films. You’ll also find little in the way of schmaltz or Hollywood sparkle. This adaptation is gritty and dark, with an eye on the pagan origins and fertility symbolism of the fabled Green Knight, and that’s exactly why I love it.

This Gawain is not the polished, “courteous” Christian knight of Sir Gawain and the Green Knight; rather he is young, unproven, and somewhat feckless. At the same time he is eager to impress his uncle, King Arthur, who seems to think this quest might be the making of his nephew and heir. Arthur and Guinevere are older, fragile, and fearful. Gawain’s mother (Morgause? Morgan le Fay?) works spells — are they for Gawain’s protection? Or has she orchestrated this entire quest? Writer/director David Lowery adds characters and conflicts not present in the original poem, and there is much that is downright weird and/or off-putting. That said, I’ve seen the film twice now, and I still marvel at its grim beauty and mystery. Its otherworldliness. I want to see it again!

If you’re on the fence about watching the movie, or you saw it and found yourself in a “wuh?” frame of mind, here are some resources that might prove helpful:

**Resources on Gawain and The Green Knight — the poem
A Quick synopsis
The full text in Middle English NOTE: this is a different dialect from Chaucer’s Middle English, and I struggled with it.
A translation to Modern English

NOTE: the featured image is a photograph of my own Green Man sculpture, purchased in Tintagel from artist Sonjia Tremain in 2001.

← Previous post: July Tea and a Mountain Getaway Next post: August Tea and a Book & a GIVEAWAY: Ophelia Swam, by Kelley Swain →