It’s mid-September and each day we draw closer to the season of ghosts, ghouls, and witches (not to mention sugar hangovers). I must confess, however, that I wrote this post not just to celebrate the season. I’m also hoping for a particular sort of redemption.

Over the years, I’ve talked at great length about Gothic with students, teachers, and librarians. For some reason, however, when I recently was asked by a very nice person — in a non-classroom/conference setting — why I liked Gothic, I FROZE.

My mind emptied of all words.

Today’s post is my way of correcting that particular brain lapse. It also strikes me as an appropriate way to kick off my 2018 Spooky Film Recs blog series. (If you’re new to this blog, click the “spooky film recs” tag at the bottom of this post to scroll through past recommendations.) 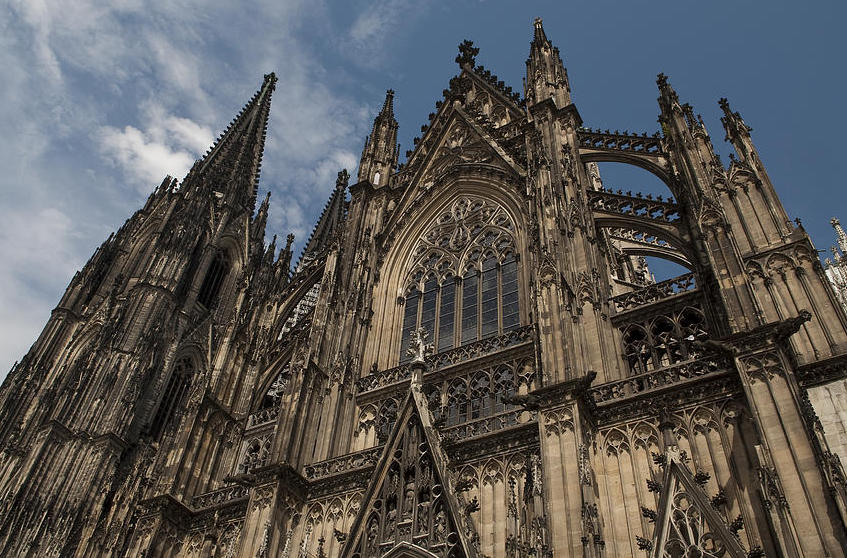 As you probably already know, the genre’s name comes from Gothic architecture–castles, cathedrals, abbeys, towers, and crypts–designed to inspire awe and fear. (Cologne Cathedral is a great example.) For the most part, Gothic literature concerns itself with these structures when in partial or total ruin, long after the Medieval period. The literary label of “Gothic” came into being with Horace Walpole’s 1764 novel The Castle of Otranto, which was subtitled “A Gothic Story.”

In early Gothic novels the setting was a fortress, secular or religious, located in a foreign land long ago. The villain was an evil and murderous man, the heroine was pious and prone to fainting, and more often that not, a ghost or monster made an appearance. At times, early Gothic was so over-the-top that it strikes us now as rather ridiculous. (And thus it was very easy to parody, as Jane Austen did with Northanger Abbey.) However, these stories paved the way for more subtle offerings in the 19th and 20th centuries.

What really fascinates me about early Gothic literature is how it bridges the gap between the Medieval and the Modern. I see it as a reaction both to the Enlightenment, which lauded Reason and Logic, and Romanticism, which exalted Emotion and Imagination. Gothic celebrates emotional excess while also showing its dark consequences. It offers commentary on rapid social change, the possibilities and dangers inherent in scientific experimentation, as well as the oppressive nature of institutions and mores. Gothic conveys nostalgia for the past and its traditions while also celebrating characters who break the rules and cross boundaries. 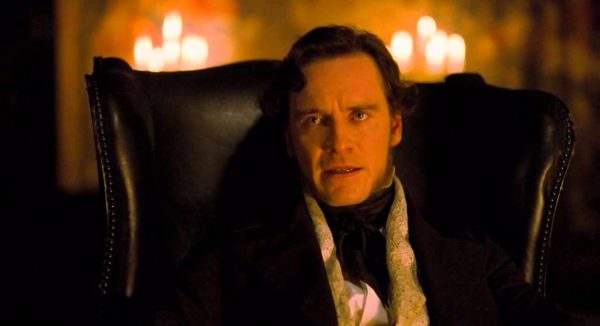 What are you hiding in the attic, Mr. Rochester?

Why are Gothic stories still so popular and accessible today? I think Sigmund Freud had something to do with that, as Gothic gave him a visual vocabulary for talking about the human mind. He coined the term unheimlich (“the uncanny,” or literally “unhomely”) to describe something that is mysterious in an unsettling way–familiar yet horrifying at the same time. The attics, labyrinths, and underground vaults of Gothic fiction provided metaphors for repression as heroes and villains struggled between their compulsions and better natures (id and superego). From Gothic literature and Freud we learned that the dark secret, terrible sin, or dead body you’re trying to hide will always return to haunt you, no matter how deeply you bury it.

For me, the best Gothic stories rely on atmosphere, mystery, tension, and dread rather than sudden shocks or explicit violence. My favorite thing about modern Gothic is that the “evil” rarely has a specific external source, and in many cases the hero/heroine may have brought into being, consciously or unconsciously, the very problem that haunts them.

***For a humorous overview of classic Gothic literature, read How to Tell You’re Reading a Gothic Novel

***Are you a fan of Gothic? If so, what are your favorite stories, novels, or films?