Flying my geek flag at DragonCon — a recap

What a weekend! Huge fan conventions like this can be very taxing for an introvert. There were times when I was torn between rage and panic at the teeming hordes, not to mention the soul-sucking heat and humidity. Fortunately, I had my best buddies with me, and I could always hide in the hotel room when things got too sweaty or overwhelming. 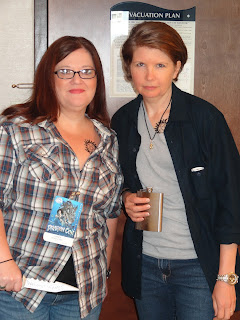 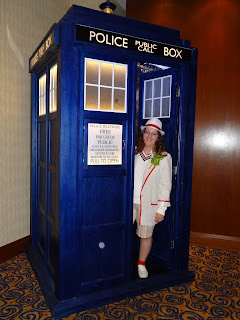 Seeing my pals in their costumes. Above are Glenda and De as Sam and Dean from Supernatural, along with Michelle as the 5th Doctor. (Michelle had a photo op with Peter Davison, and he was quite impressed by her duds!) 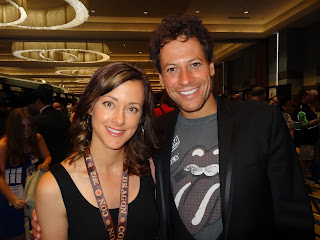 Chatting and canoodling with Ioan Gruffudd (Horatio Hornblower!). SWOON. (Okay, so I paid for the photo. That doesn’t cheapen the moment one bit! Well, not much anyway. . . I also had this photo taken with Julian Sands, whom I loved as George Emerson, Percy Shelley, and more!) 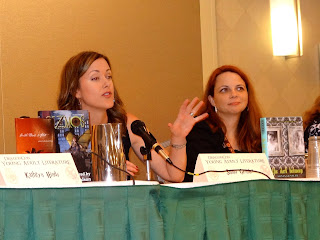 Finally meeting Robin Bridges and buddying up during the “Historical and Steampunk YA” panel. (We were the token historical writers.) 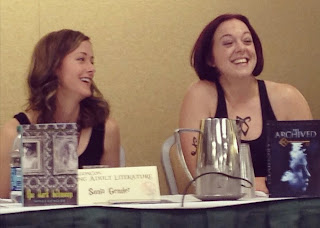 Having a laugh during the “Dark Themes in YA” panel with Victoria Schwab (seen above), Jonathan Maberry, and Michelle Hodkin. I was prepared to be intimidated, but it turned out such fun! (Photo courtesy of elisquared.) 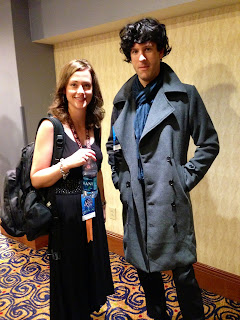 Running into this Sherlock-costumed fellow, who was appropriately aloof and even put on a decent English accent.

Question: if you were to attend a fan convention, which actor/actress would you most like to meet? Which character would you like to dress up as?

I also was fortunate to meet many fabulous YA authors (in addition to the ones listed above) at various events–many of them IN COSTUME. It was kind of like a retreat, but we didn’t even have to pretend that we were getting work done!

Two days of recovery, and then it’s the YA AdVANture Tour!!!