Filming in Cambridge and . . . running away with the Circus!

Last weekend was all work and no play in Cambridge. Of course, it’s always uplifting to be in the midst of such gorgeous surroundings, but we are not professional filmmakers by any means, so making a promo video for THE DARK BETWEEN took a lot of patience, creativity, and hard slog.

(And seeing myself on video? Very humbling, if not downright depressing.) 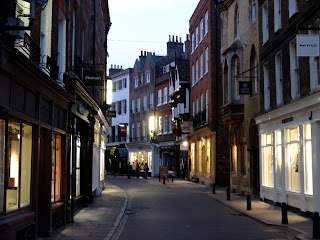 Anyhoo, after a sweaty, crowded train from London, we arrived to a rather frantic and swarming Cambridge. Apparently Open Days were wrapping up. By that evening, however, the streets were pretty calm (as you can see above). 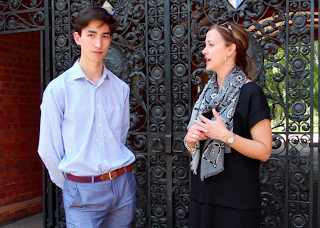 On Saturday we met up with Harry, a PhD candidate at Corpus Christi College, who provided a fabulous insider’s view of Cambridge and its history. 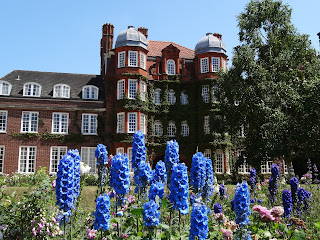 My favorite part of the day was revisiting Newnham College, the inspiration for Summerfield in THE DARK BETWEEN. Our past few visits have been during the gloom and rain, but the sun came forth with a vengeance for our filming expedition. Aren’t the bright flowers wonderful?

This flurry of filming came to an end with a 3+ hour bus ride back to Oxford that took place at exactly the same time as the Wimbledon showdown between Murray and Djokovic. Alas! But hooray for Blighty!

Now . . . the circus. As far as I can remember, I never went to any sort of circus as a child and, to be honest, I never really wanted to — clowns have always scared me. Last week when we saw the old timey wagons pulling into University Parks, I was skeptical. But then I read more about Gifford’s Circus and learned that its founder, Nell Gifford, read English at Oxford before beginning her circus career. The reviews were positive (here’s a fun recap with photos), so we decided to give it a go.

It was FABULOUS! A grand, old fashioned event under a tent with vaudeville comedy and music, magic shows, dressage demonstrations, and gasp-inducing acrobatics. At the end they invited all the kids to dance with the performers, and even after the performers left, the kids were still tumbling about, no doubt dreaming of running away with the circus. It warmed my heart, I tell you. 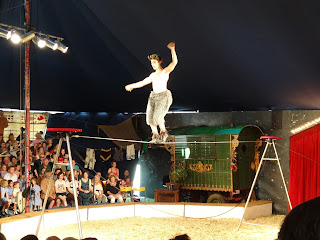 And really, where else are you going to see a fawn on a tightrope?

Have a great week everybody!