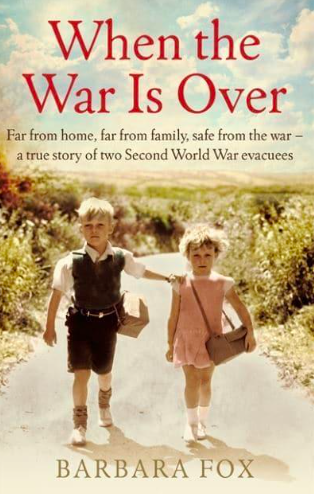 Recently I read When the War is Over, by Barbara Fox. This memoir of the author’s mother, Gwenda Brady Gofton, focuses on her childhood years as a WWII evacuee in Cumbria. After a couple of false starts in other evacuation areas, Gwenda and her older brother Doug found a home with a kind schoolteacher and his wife in Bampton. I confess I obtained the book for the sake of research, but it didn’t take long for me to grow quite fond of young Gwenda. I so enjoyed following along as this plucky little Newcastle girl formed a deep and enduring attachment to her foster parents and, after a period of adjustment, fell madly in love with the countryside.

We were in a tiny village in the heart of the country. It smelt of the country for a start — that smell of grass and things growing, and that animal smell that could be unpleasant when you came across it in the city but that felt as if it belonged in the air here. The sounds were different from the sounds at home — the most persistent being the baaing of sheep, birdsong and the surprisingly loud droning of insects from the hedgerows. Whichever way we looked there were fields and hills.

I couldn’t put this book down, and upon finishing it I had to know more. I looked for everything I could find about child evacuees in England — fiction and non-fiction. I won’t bore you with all the details, but I did want to share a few award-winning fictional accounts of WWII evacuees that are well worth reading:

The War That Saved My Life and The War I Finally Won, by Kimberly Brubaker Bradley
Goodnight, Mr. Tom, by Michelle Magorian (adapted to film starring John Thaw of Morse fame)
Carrie’s War, by Nina Bawden (adapted to film twice!)

Speaking of WWII child evacuee films, there’s a relatively new one starring Gemma Arterton: Summerland. (It’s gorgeous to look at and features a top-notch cast, but somehow I haven’t LOVED it so far…) 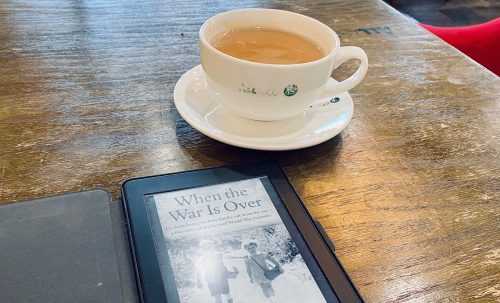 For tea I present this delicious cup of Royal Milk Tea from All About Cha in Norman, OK. All About Cha is an Oklahoma franchise that keeps a low profile on the internet but is beloved by citizens all over the state. See lots of yummy photos here.