This past weekend Steve and I went to the Peak District to celebrate our 20th anniversary. It turned out to be the best weekend trip we’ve ever taken during an Oxford summer. Beautiful villages and countryside, lovely hotel, friendly people, great weather — we hardly could have asked for better!

Friday was Chatsworth day — we got there just as the garden was opening. 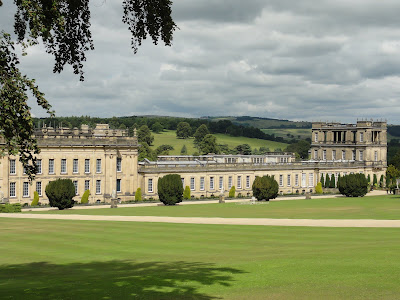 This is the best photo I could get of Chatsworth because the familiar facade (as seen here) was covered in scaffolding! WAH! This is still a beautiful view, however, and I was thrilled to see the house that may have inspired Mr. Darcy’s Pemberley in Pride and Prejudice. (It’s certainly been used as a location for film adaptations.) 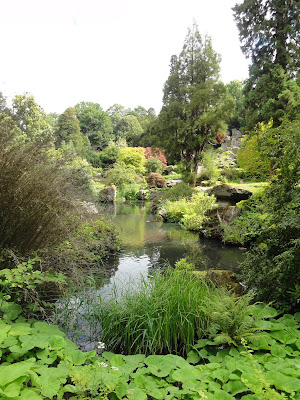 The Chatsworth gardens were exquisite — better even than those at Blenheim, in my opinion. 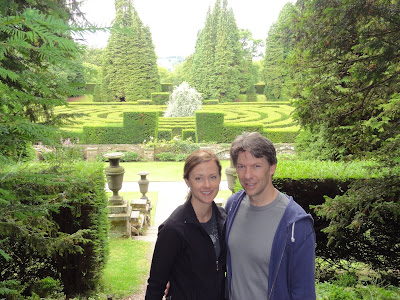 The maze took Steve half an hour to solve — a long time for him. If I had tackled it alone I’d probably still be trapped in there. 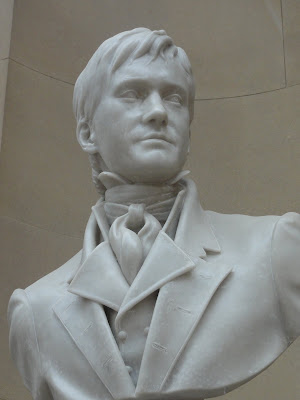 Remember in Pride & Prejudice ’05 when Lizzie Bennett is wandering through the marble statue room at Pemberley? We saw all the same statues, but the Mr. Darcy bust had been moved to the gift shop. Hee!

After finishing up at Chatsworth, we set out on what we thought would be a 1.5 hour walk to Haddon Hall — a walk that turned out to be much longer. We arrived at the admissions booth 5 minutes after they closed. BAH! We had no choice but to put it on the agenda for Saturday. 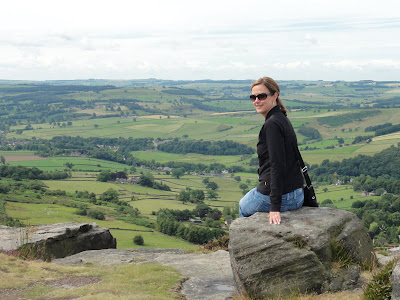 However, first up on Saturday was a walk along the Edges. It was a long hike to the top, but the great view was well worth the effort. 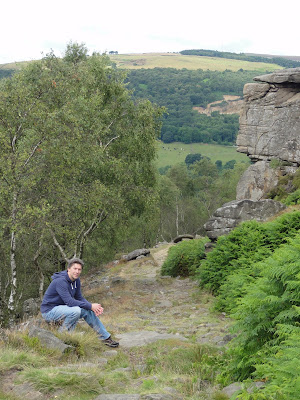 This was a particularly interesting section of tall rocks that attracted a large group of climbers. 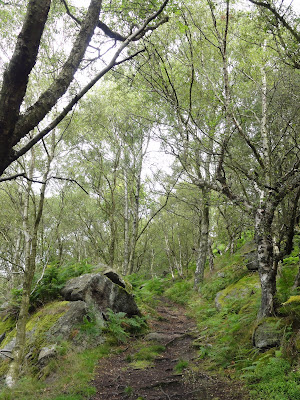 Eventually we turned back and took a path down the hill through what seemed to me an enchanted forest. This was my favorite part of that morning’s walk.

After lunch we made our way back to Haddon Hall, and I’m so glad we alotted more time because I needed every minute. As a huge fan of the latest film adaptation of Jane Eyre, I was dying to see where they filmed it. (Apparently four different adaptations have been filmed here!) Here’s a passage from Wikipedia for some context:

[Cary Fukunaga] looked at some 60 residences for one to represent Thornfield Hall but settled on the previously-used Haddon Hall as it had not undergone much redecorating. The conditions were very cold and Fukunaga admitted that Wasikowska nearly got hypothermia on the second day while shooting the rain sequence; however, he could not imagine filming anywhere else, saying “Northern England – Yorkshire and Derbyshire, the moors and dales – they look like they’re something straight out of a Tim Burton horror film. The trees are all twisted by the wind; the bracken and the heather on the moors have this amazing hue. And the weather is so extreme and it changes all the time. The house even, Haddon Hall, is just so steeped in history, the spaces, the galleries, they sort of just breathe and you feel the presence of the history.”

I quite agree with that last sentence — I absolutely fell in love with Haddon Hall. 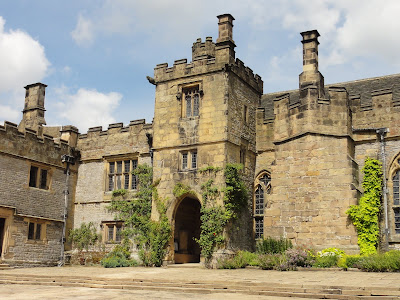 The Lower courtyard. [Funny tidbit — the chapel in which the wedding scene is filmed in JE ’11 is actually in the opposite corner to this main entry, but in the movie Rochester drags Jane outside and up a hill to get there, right? I mean, I’ve seen the film five times, so I think I have that right.] 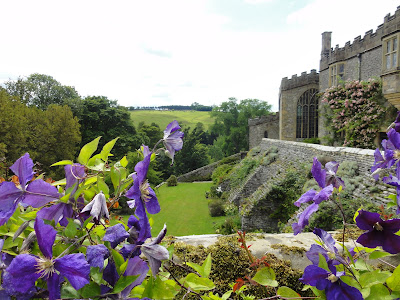 The gardens were absolutely gorgeous. We even saw the little enclosure where Rochester and Miss Ingram were playing with the feather (see here and here), but unfortunately there were a couple of kids sitting in it, so I didn’t get my own photo. 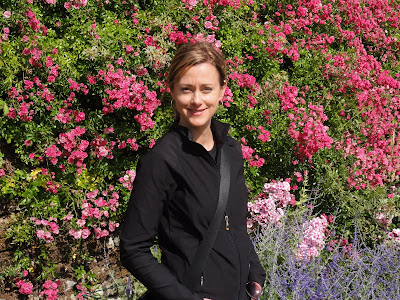 The sun was blinding, and thus my face is all screwed up, but you can still see how giddy I was. Haddon Hall may not be as opulent as Chatsworth, but to me it seemed to have much more warmth and character. It definitely was the perfect setting for a gothic romance.

I’ll leave you with a haunting little clip from Jane Eyre 2011 that I’m almost certain was filmed at Haddon Hall (click the little rectangle to make it full screen):

I Would Do Anything For You
Jane Eyre at MOVIECLIPS.com
← Previous post: Some updates Next post: Oxford 2011: Week 3 in review →