Christmas on the road

I feel like I’m cheating by only blogging photos these days, but for now that’s all I’ve got!

Steve and I just returned from a lovely holiday in England. Very festive, but also extremely exhausting. (The flight back always does me in.) Thought I’d share five photos with links to a few more. 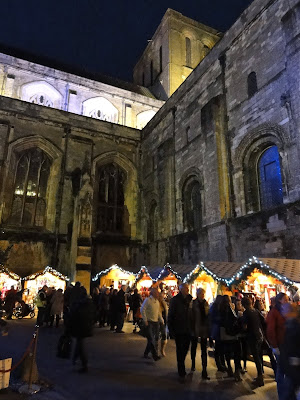 This isn’t a great photo, but I had to include a shot of the Christmas market at Winchester Cathedral. We stayed four nights in Winchester — such a charming city! — and enjoyed poking around the market, partaking of the food and drink (hooray for mulled wine!) and watching the ice skaters fall on their bottoms. Also visited Jane Austen’s grave in the cathedral and saw the house where she spent her final days (pardon my inappropriate grin). 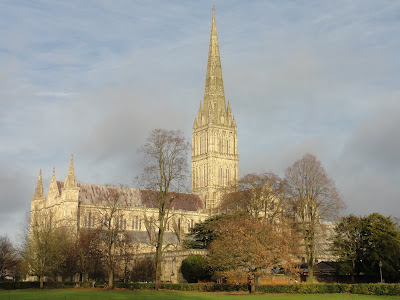 One of our side trips from Winchester was to Salisbury. We revisited the cathedral (seen here during a brief appearance of the sun), and afterwards we made the 2 mile walk out to Old Sarum, where we enjoyed the remains of the hillfort in the twilight. 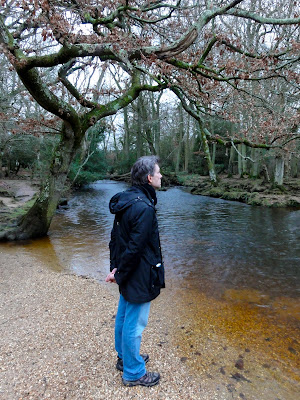 Our second side trip from Winchester was to Brockenhurst, a charming little town in the New Forest. After fortifying ourselves with a cream tea, we set out into the forest, got ourselves a little lost, petted some ponies, and finally ended up at our destination — an adorable pub in a town called Bank. On our way back to Brockenhurst we admired a quaint cottage that could have been transplanted from Middle Earth. 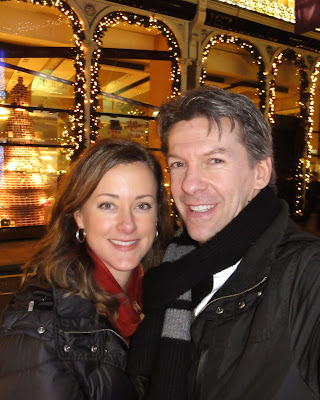 Christmas Eve in London — the lights are always so pretty! The previous night we attended a sing-along Christmas carol performance at Royal Albert Hall (where I sang so boisterously that I wrecked my throat). On Christmas Eve we took it fairly easy, doing a little shopping and playing/eating at the Winter Wonderland in Hyde Park. Christmas Day we visited the Dickens Museum for their special Christmas activities (including mulled wine & mince pies) and then attended Evensong at St. Paul’s Cathedral. That night we watched the Doctor Who Christmas Special (which was brilliant!) before heading down to the hotel restaurant for a Christmas feast. 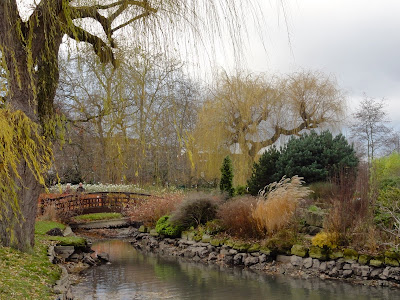 On Boxing Day we tried to do a little shopping at Selfridges (madness!), made our first ever visit to the Sherlock Holmes Museum (silliness and kitsch!), walked in Regent’s Park (seen above) and had lunch at the Garden Cafe. That night we enjoyed a lovely Baroque concert at St. Martin-in-the-Fields.

A great trip, but it’s so good to be home. Happy New Year, everyone!