That didn’t stop us, however, from making our way to Cambridge this weekend. It was a sopping wet getaway, but there were many highlights. 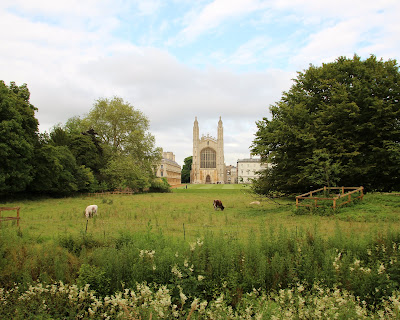 After a 3+ hour bus ride, we arrived to lovely late afternoon weather. I took this shot of King’s College from the Backs. Steve enjoyed steak and ale pie at The Eagle on Saturday. Though you can’t really get a sense of how cute it was from the picture, I loved sitting in this little snug. Maybe you get a better feel from this murky shot?

(Random factoid — apparently the discovery of DNA was first announced in The Eagle. Sorta fun to imagine how that all played out, eh?) 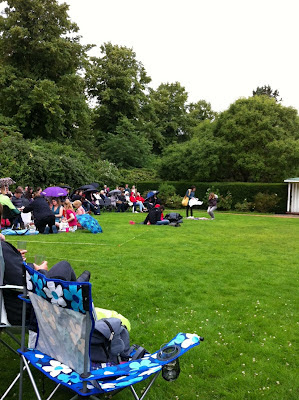 The Cambridge Shakespeare festival was going on while we were there, and both Friday and Saturday nights we attempted to see plays. It rained so hard Friday night that Julius Caesar was cancelled after the interval. Saturday night the players continued the second half of Merry Wives of Windsor in the rain, but we were weenies and left. 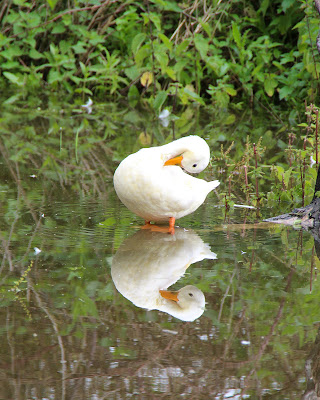 Caught this interesting photo Sunday morning. (I’ve been using my new Canon Rebel DSLR, and my photos are still mostly crap. Must take lessons, or read the handbook…or something.) 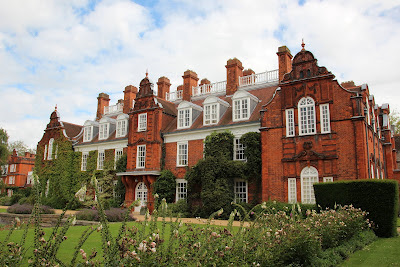 The sun made another brief appearance during our time at Newnham College, which is the main setting of my next novel (renamed Summerfield to protect the innocent, heh). This trip was all about last minute fact-checking, and boy was it worth the trouble!