If you missed the first baby bunny post, go here.

Last week we had a violent rain storm, and I feared the baby bunnies were washed away. We kept watching but could not catch the mama nursing them. Finally we noticed some activity — the moneywort was starting to quiver as the bunnies moved around in their nest. On Sunday Mama appeared, and the babies all hopped out to greet her. I’d thought there were three babies, but . . . 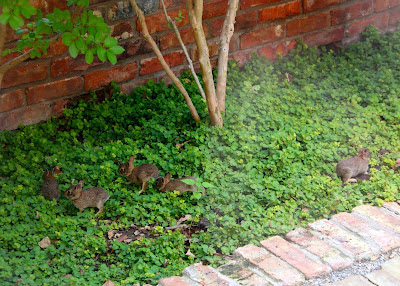 There are FIVE! (Poor picture quality due to the fact that I’m shooting through the window — click to embiggen.) They immediately spread out and began to explore. 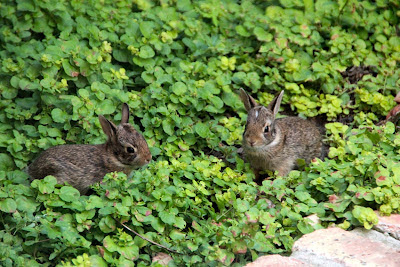 These two hung back as their siblings ventured through the drainage holes in the brick wall. 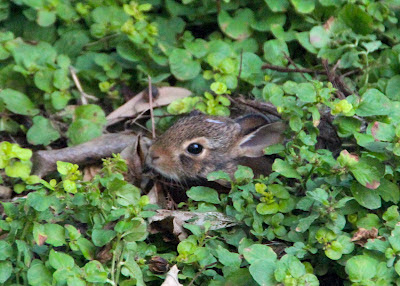 And this one decided to go back into the nest!

They have not returned to the nest since that day — they’re now too big to fit. We’ve spotted them here and there, hiding in the daylilies or under a holly bush. I know the odds are against all these babies surviving to adulthood, but I’m keeping my fingers crossed that we’ll get to see them grow up!