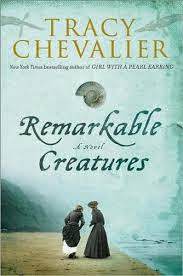 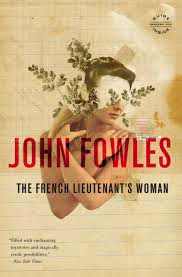 Seems like various people have recommended Tracy Chevalier’s Remarkable Creatures to me, and I’m not sure why I waited so long to read it. It’s a fictionalized account of the friendship between early 19th century fossil hunters/paleontologists Mary Anning and Elizabeth Philpot. Maybe I held out so long because I thought a story about dinosaur hunters would be dry as dust. I was wrong, of course! Great characters and loads of dramatic tension.

The French Lieutenant’s Woman is one of those books I thought I’d read long ago but I must only have read the first 50 pages or so and relied on the film to fill in the rest. What a book! Yes, it’s a post-modern take on the Victorians — “historiographic metafiction” or what have you, but really it’s just very entertaining! I laughed through the first 200 pages. The story takes a darker turn 2/3 of the way through (Charles Smithson really is a booby, and we see Sarah Woodruff mostly through his eyes, so I couldn’t quite get a grip on her), but I actually liked the “three option” ending. I know my preferred ending is a lot different now than it would have been when I was in my late teens/early twenties. Maybe I need to read it again when I’m 65?

Something else I never knew — A.S. Byatt wrote Possession as a response to French Lieutenant’s Woman? Well, now I have to read THAT again! Weeee! 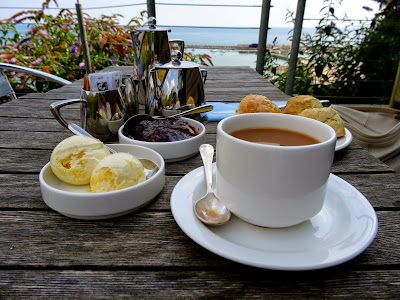 Of course, I had to have a cream tea while in Lyme Regis. We chose the garden at the Alexandra Hotel for this light (?) afternoon repast. 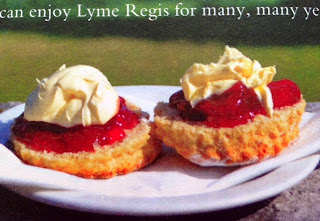 I’m usually a “jam on top” sort of person but I’d seen the above photo in one of the local magazines in our room and thought maybe this was the Devon way. Best to try the local(ish) procedure, right? 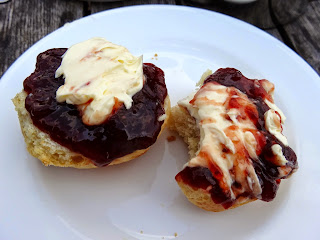 Turns out I really DO NOT like cream on top. It doesn’t spread easily and looks a mess. Just WRONG all around. When we got home (in Oxford, I mean) I did my research and learned this is actually the Cornish way of loading up your scone. Bah! If you’d like to learn more about the “jam or cream first?” controversy, here’s a great article from The Guardian. 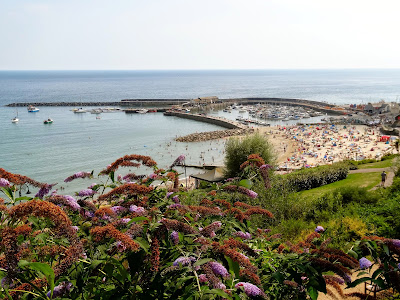 We enjoyed this view as we ate our scones. More photos of Lyme Regis to come later this week!

One thought on “July Tea and a Book: the Lyme Regis edition”