All the lovely creepy things

Sorry it’s been rather quiet here on the blog lately. My days have been all about writing/revising, with occasional breaks for DVD viewing to feed the muse. This morning I turned in a final draft of my next book, The Dark Between, and I’ve been told it’s going straight to copy-edits. Huzzah! It’s so close to being an actual BOOK. Before long I’ll be able to share the cover and all that fun stuff. I’m very excited about this story, you guys!

I’ve been craving ghost movies lately, partly because of another story I’m working on, so I indulged in some of the B&W classics featured on Martin Scorsese’s Top 11 Horror Films. Great stuff, but I’m going to blog about that later . . . as we get closer to Halloween. (*cue maniacal laugh*)

For now I’ll talk about current ghost movies. When David Edelstein recommended The Pact on CBS Sunday Morning (see recap here), I knew I had to see it. (It’s available for rental at iTunes and Amazon, or perhaps it’s at a theater near you?) 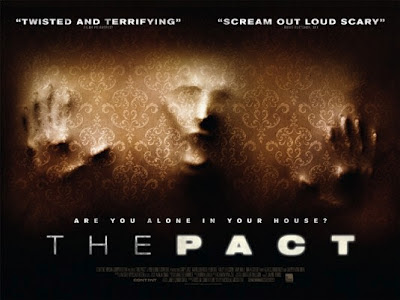 The trailer for The Pact makes it seem more like a slasher film, and yes, the poster says “scream out loud scary,” but it actually falls along the psychological end of the horror spectrum. Low on cheap scares and gore, high on dread and goosebumps. (Also, it features one of the best uses of hair in building tension–you’ll see what I mean if you watch!) 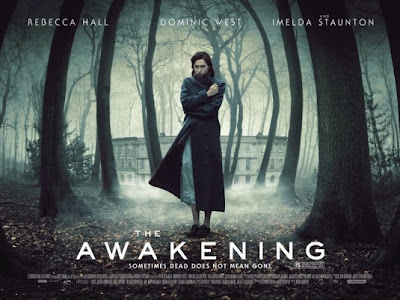 Speaking of ghosts, it also has come to my attention that the lovely British film The Awakening is in theaters in the U.S. (Very limited release, I’m assuming.) I own the DVD, but I’d definitely go see it on the big screen, if only it were in a theater closer than Dallas. Argh.

Check out the trailer for The Awakening. Sadly, it’s not getting great reviews. Entertainment Weekly was rather “meh” and Ebert gave it 1.5 stars, which just befuddles me. Then again, he gave 4 stars to Knowing, which I found vacuous and over-acted. (I give it credit for high production values, and that’s about it.) Ebert and I agree less and less these days.

I certainly wouldn’t claim the film is perfect, and I’ll go so far as to confess mild disappointment after the first viewing because the final reveal was underwhelming. After subsequent viewings, however, I saw how carefully it was put together, and I grew to love it so much more. But I understand that you can’t ask film audiences to watch a movie several times before they decide whether or not to like it. [Are there any films that improved for you upon subsequent viewings? Like at first you were just “it’s okay” and then you became obsessed? Spill the details!] In the meantime, if you do come across The Awakening, check it out for the gorgeous setting and atmosphere, and for the endearing, nuanced performances from Rebecca Hall and the always-delicious Dominic West. Man, I’m jonesing to see it again myself!