ALA Midwinter was in Dallas this past weekend (actually, it’s still going on — they’ll announce award winners today). With it being so close I couldn’t pass up the opportunity to check things out. Fortunately Random House was willing to get me a badge. (Thanks, RH!)

The Exhibits Hall was pretty overwhelming. I’m not sure if it’s my introversion, or a mild sort of agoraphobia, but after an hour in there I was ready to freak out. Everyone I encountered was very nice, and it wasn’t even that crowded. Nevertheless, I found myself getting cranky pretty quickly, and I could not find any space inside the hall to just sit and catch my breath. Fortunately there was a Starbucks with its own little seating area just outside the hall. After chilling out for while in the order line and then grabbing a seat to myself, I began to feel better.

I now know that you can’t do one pass and be done with the Exhibits. They bring out more ARCs and goodies as the day goes on. Therefore it’s necessary to take a break, regroup, and attack again! (And maybe bring a rolling suitcase for all the ARCs?)

I was only there a few hours. I hardly scratched the surface of all ALA Midwinter has to offer, as you will see in the following photos: 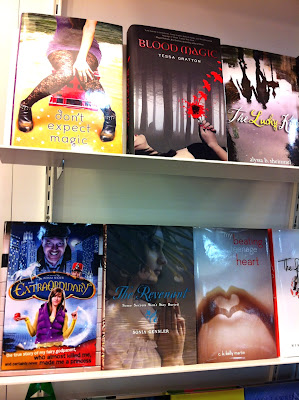 My first stop was the Random House booth. I was very tickled to see The Revenant on display, particularly because it’s an “older” title now. And once again I was shelved near fellow Elevensie Tessa Gratton’s Blood Magic — yay! On my second pass to the RH booth I chatted with the very busy Alex Bracken, who is an accomplished author and works in School & Library Marketing at Random House. Thanks, Alex, for picking out some ARCs for me! 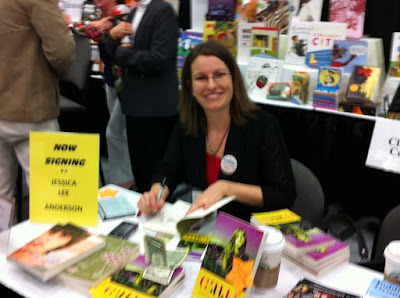 After my mild freakout, it was so nice to run into the Texas Sweethearts. I chatted with Jessica Lee Anderson and PJ Hoover. Also got to catch up with Jenny Moss. Later I went to Jessica’s signing at the PGW booth (as seen above in a frustratingly blurry photo). What a lovely lady she is! 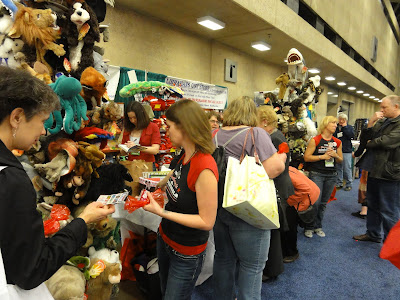 After lunching with my husband, I met up with Sweethearts again at their afternoon reception. Their booth was quite busy! You should be able to spot Jo Whittemore, Jeanette Larson, PJ Hoover and Jessica Lee Anderson in there. (I sort of stalked them, as you can see. It was just so nice to see familiar faces.) 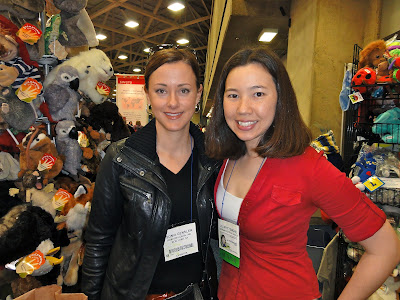 And I finally got to hang out with agent sister Jo Whittemore! She kindly signed her book for me. 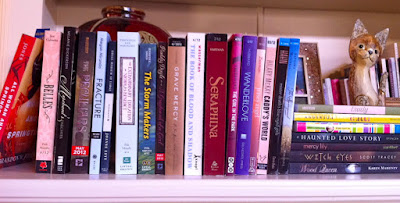 This was my modest haul of ARCs and finished copies. Anyone up for a giveaway or two? 🙂