Ah, my very favorite category of horror — Ghosts and Hauntings!

Strangely enough, I struggled to find good options this year. Had several false starts before I decided to share these five films with you.

(All synopses from imdb.com) 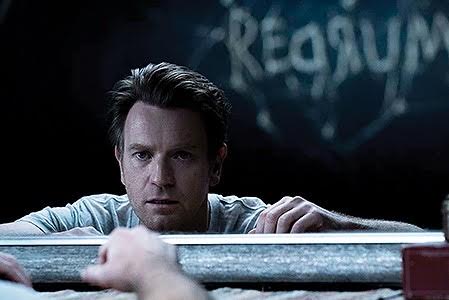 Doctor Sleep (2019) — Rated R
Years following the events of The Shining (1980), a now-adult Dan Torrance must protect a young girl with similar powers from a cult known as The True Knot, who prey on children with powers to remain immortal.
With Mike Flanagan as director/writer of this adaptation, there was no way I wasn’t going to watch it. Flanagan has been making excellent films for many years, but his adaptation of Shirley Jackson’s The Haunting of Hill House for Netflix thrust him firmly into the horror hall of fame. This film was a bit of an endurance race, and perhaps there was more CGI than I would have preferred, but the story really gripped me and the performances, particularly that of Rebecca Ferguson, were top notch. I re-read The Shining in preparation for this, which enhanced my experience, but I think there’s enough context provided in the beginning to help those who don’t remember the first story in all its macabre detail.
Watch the Trailer / Options for Viewing / Metascore: 59 (seriously?) 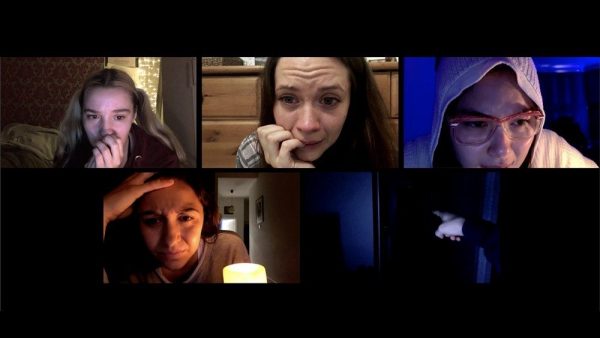 Host (2020) — Not Rated
Six friends hire a medium to hold a seance via Zoom during lockdown, but they get far more than they bargained for as things quickly go wrong.
This film was made during the pandemic, so it feels very timely, especially because not all that much has changed since it was released to streaming services. The film is only an hour long, and the excellent concept and performances will keep you glued to the screen. Your horror-loving teens and tweens might enjoy it, too.
Watch the Trailer / Options for Viewing / Metascore: 72 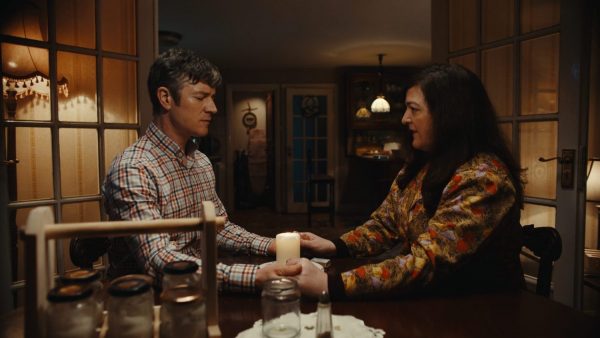 Extra Ordinary (2019) — Rated R
Rose, a mostly sweet and lonely Irish driving instructor, must use her supernatural talents to save the daughter of Martin (also mostly sweet and lonely) from a washed-up rock star who is using her in a Satanic pact to reignite his fame.
I am in love with this film. It is fun and adorable as well as being a good mystery and paranormal adventure. The cast is great and I have no doubt you’ll love Will Forte as the “wash-up” who turns to Satan to revive his career. The film is rated R for some ribald content and profanity, but I think family viewing with teens might be fun.
Watch the Trailer / Options for Viewing / Metascore: 72

Malevolent (2018) — Rated TV-MA
A team of scam artists get more than they bargained for when a job at a haunted country estate gets out of hand.
I love stories about “scam” seances and ghost hunts, especially when a character actually has real sensitivity. Florence Pugh (lately quite the “it girl” on the big screen after her leading role in Midsommar) plays a sensitive soul exploited by her ne’er-do-well brother. In this case, they are trying to communicate with noisy ghosts at a former girls’ school. I’ve seen this twice now, and though it’s not a perfect film, it has a lot of good stuff in it. Pugh is great, as is Celia Emrie as the homeowner and an underutilized James Cosmo as the siblings’ grandfather. Ben Lloyd-Hughes is the wastrel brother, and even he manages to charm and invite (some) sympathy.
(Another Pugh film I would recommend to those who like gritty & gothic is Lady Macbeth.)
Watch the Trailer / Options for Viewing / No Metascore 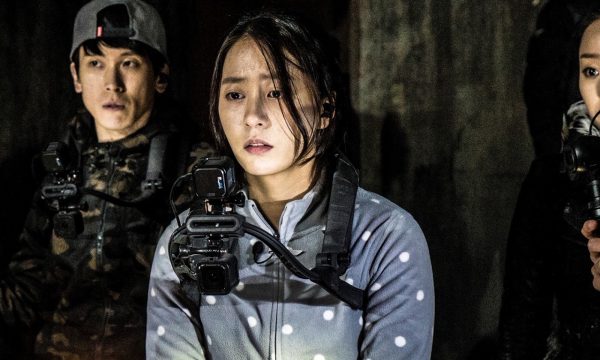 Gonjiam: Haunted Asylum (2018) — Not Rated
The crew of a horror web series travels to an abandoned asylum for a live broadcast. It soon encounters much more than expected as it moves deeper inside the nightmarish old building.
I was about to call this South Korean film “found footage,” but livestream is an entirely different animal, right? This conceit did add some tension to the viewing since the action is streamed “in real time” and the director (in the story) is deliberately taking risks with his cast in order to maximize viewer numbers. The film meanders a little at first, but it gives us a chance to get to know the characters. This film was a critical and financial success in South Korea, and I’m sure it has inspired countless tech-savvy young people who aspire to horror filmmaking. (This is another one I think teens would enjoy.)
Watch the Trailer / Options for Viewing / No Metascore

Next week I’ll wrap things up with “ghost-free” horror recommendations. (Just because I’m obsessed with ghosts doesn’t mean all horror fans are.) Stay tuned! And always feel free to share your own film recs in the comments.