In this post I hope to inspire you to watch some ghost films that flew under the radar during the past couple of years. I’ve come to appreciate lower-budget/independent ghostly films because there’s much less reliance on expensive special effects and, in many cases, more appreciation of characterization and tension. If you’ve already seen or plan to watch any of the options suggested here, please let me know what you think!

As always, the brief synopses are from imdb.com. 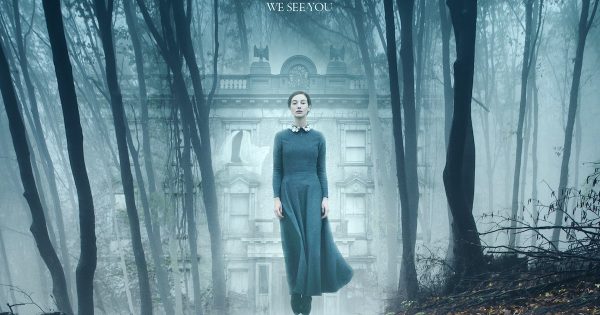 The Lodgers (2017) — Rated R
1920, rural Ireland. Anglo Irish twins Rachel and Edward share a strange existence in their crumbling family estate.
This was right up my alley in the Gothic department–haunting and atmospheric if not truly frightening. (Seriously, if you prefer a fast-paced story with lots of jump scares, don’t bother with this one.) Charlotte Vega is quite good as dominant twin Rachel, but the true star of this film is Loftus Hall, a centuries-old (and reputedly haunted-in-real-life) Irish country house. While there is a strong fantasy element to the story, the script also takes into account the social and political turmoil in early 20th century Ireland. I would watch this one again–it’s so lovely to look at!
Watch the trailer / Options for streaming / Metascore: 52
Goth-o-Meter: very high 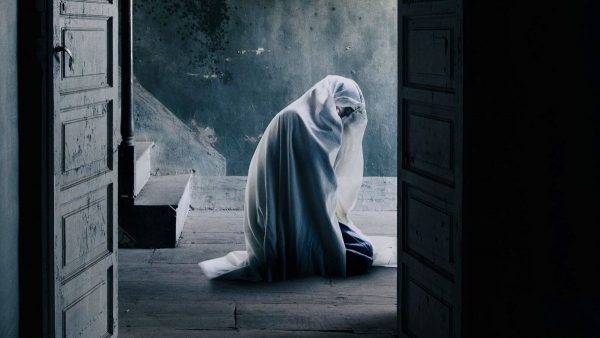 Marrowbone (2017) — Rated R
A young man and his three younger siblings, who have kept secret the death of their beloved mother in order to remain together, are plagued by a sinister presence in the sprawling manor in which they live.
Marrowbone offers so many of my favorite things: a gorgeous setting (supposedly the U.S. but actually filmed in Spain), a focus on characterization, moments of sweetness that balance the Gothic peril, and an ending that makes you want to go back to the beginning and watch all over again. (Random observation: this will only resonate with people of a certain age, but to me it’s almost like a horror version of Dear Lola, which was adapted to film as The Beniker Gang.) The film is not without flaws, but it’s very compelling overall and I will watch it again. Stranger Things fans will be pleased to see Charlie Heaton–and to hear his native English accent.
Watch the trailer / Options for streaming / Metascore: 63
Goth-o-Meter: high 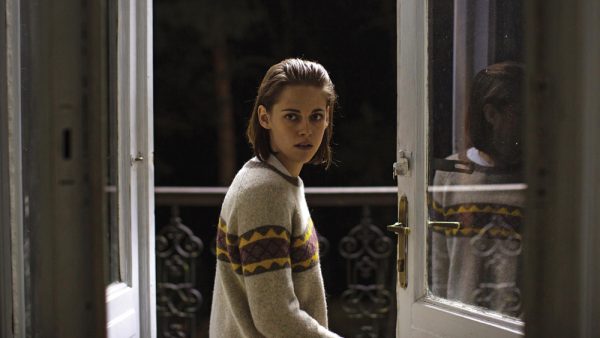 Personal Shopper (2016) — Rated R
A personal shopper in Paris refuses to leave the city until she makes contact with her twin brother who previously died there. Her life becomes more complicated when a mysterious person contacts her via text message.
If you’re looking for a very unique sort of ghost story/mystery, this might fit the bill. It does require patience and an open mind, but the film really is rather fabulous. I re-watched several scenes afterwards and couldn’t stop thinking about it for days–I hadn’t expected to find Kristen Stewart so compelling. (Reviews are all over the place with this one–so it was reassuring that my favorite YouTube film reviewer, Chris Stuckmann, liked it as much as I did).
Watch the trailer / Options for streaming / Metascore: 77
Goth-o-Meter: medium (there are Gothic moments in this film, but overall I consider it to be more in the realm of Noir.)

The Keeping Hours (2017) — Rated PG-13
10 years after the death of their son, a divorced couple is suddenly reunited by supernatural events that offer them a chance at forgiveness.
This film must have gone straight to Netflix–it has no reviews from mainstream critics–so I went in with low expectations. You guys! It really got to me. First of all, fans of Lee Pace should watch–he is lovely and will break your heart in the best way. (He’s a native Oklahoman, y’all!) This film derives its eeriness more from grief and longing than jump scares. There are deliciously spooky bits, but nothing to give you nightmares. If you’re anything like me, you’ll cry and find it all very cathartic.
Watch the trailer / Options for streaming / No IMDB metascore — check Rotten Tomatoes
Goth-o-Meter: medium to high

Ghost Stories (2017) — Not Rated
Skeptical professor Phillip Goodman embarks on a trip to the terrifying after finding a file with details of three unexplained cases of apparitions. (Adapted from a play and featuring Martin Freeman in one of the vignettes.)
The three cases are interesting and spooky, but the frame narrative did not work for me.
Watch the trailer / Options for streaming / Metascore: 68
Goth-o-Meter: medium to high?

A Ghost Story (2017) — rated R
In this singular exploration of legacy, love, loss, and the enormity of existence, a recently deceased, white-sheeted ghost returns to his suburban home to try to reconnect with his bereft wife.
Not a “thrill-a-minute” sort of ghost movie. It is fascinating and quite moving, but perhaps a smidge pretentious? Your mileage may vary. (There is a cool tribute to Poltergeist at the mid-point. In fact, I was fascinated by this slideshow overview of the writer/director’s influences.)
Watch the trailer / Options for streaming / Metascore: 84
Goth-o-Meter: medium

Check back on Wednesday when I’ll be recommending “under the radar” ghost-free horror films. AND REMEMBER, if at any point you wish to browse previous spooky film recs (going all the way back to 2012), click the tag “spooky film recs” in the list below–or in the sidebar–and scroll to your heart’s content.